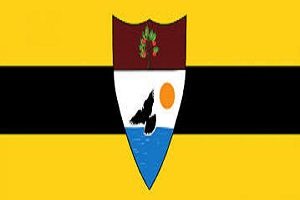 World’s newest country located in Europe, Liberland, is calling on investors across the world to take an opportunity to invest in the country as they will never regret taking such step.

The Free Republic of Liberland is a free land between Serbia and Croatian in eastern Europe, which was officially established on April 13, 2015 by Vit Jedliçka a Czech politician and activist, who is now the President of Liberland.

Liberland, being the third smallest nation in the world, was declared a nation free for all and to run on a tax-free system in order to encourage entrepreneurship through capitalist economic system. However, the country is still presently being hampered by the Croatian police interrupting easy entrance through their border despite a prevailing court verdict instructing Croatian to define her boundary.

According to the Public Relations attaché to the Consular Free Republic of Liberland in Nigeria, Olumide Benson, Liberland is fast spreading her reach with its representative offices in five continents of the world in over 85 countries including Nigeria being the only country in Africa and has gained recognition from few micronations.

In an interview with the Nigerian representative, Emmanuel Chigbogu, it was gathered that over a 1000 Nigerians applied for citizenship and that entry is still free for as many as possible Nigerian entrepreneurs who will like to extend the reach of their businesses including every interested individual Nigerians.

He further said that, Liberland is currently looking for people who have respect for other people and respect the opinions of others, regardless of their race, ethnicity, orientation or religion with optimum respect for private ownership and have not been punished for past criminal offences.

He feels Nigerian business tycoons should thoughtfully take advantage of this opportunity as this can bring about a bilateral relationship that will benefit both nations in the long run with Liberland fully established in prospect that Croatia will in good interest make clear her boundary.