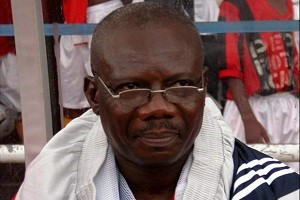 Dike said he decided to call it quit with the club following the “irreconcilable differences” he has the management.

Speaking in Lagos on Tuesday, the respected coach said Heartland is not “ready to do my bidding,” leaving him with no other choice than to leave.

Recall that Dike took over from Bethel Orji on February 28, 2016, following the club’s poor run in the 2015/2016 Nigerian Premier Football League, NPFL.

He led the club for 11 matches with the last against Lagos-based MFM FC on Sunday at the Agege Stadium where they lost 0-2.

But Heartland Protocol Officer, Tonex Chukwu, said the club was yet to receive any formal letter from Dike indicating his resignation.

Tonex said, “I am just hearing about the resignation this morning, it is news to me. Other journalists had called me to verify same story too.

“The club has yet to receive any letter of resignation from him, so, we will treat such news as mere speculation. We did not employ him on the pages of newspapers.

“Courtesy demands that he writes to the management of the club to declare his intension.

“What I know is that he did not travel back with the team from Lagos on Sunday after the Match Day 27 fixture against MFM which we lost.

“After that, we have not heard anything from him officially.”