El-Rufai To Surrender Self To SSS On Monday 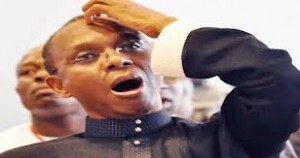 Former FCT Minister, Nasir El-Rufai, will finally surrender himself to the Department of State Security Services, SSS, on Monday, by 9am, Aproko247 has learnt.

This development was confirmed to newsmen by a chieftain of the All Progressives Congress, APC, Osita Okechukwu, via a text message sent to journalists on Sunday afternoon. In the said SMS, Okechukwu asked newsmen to be at a location in Maitama District at 8:30am on Monday to join El-Rufai’s convoy to the SSS office in Asokoro District of Abuja.

ALSO READ  4 Spots To Have Quiet Time In Lagos

Some APC chieftains will also accompany El-Rufai to the SSS office along with his lawyers, who will wait for the former Minister to be interrogated by the SSS and later released to them.

El-Rufai had gone underground on Friday after failing to honour an invitation by the security agency. The SSS raided his Abuja two homes, but he was no where to be found during the raid. El-Rufai had asked for a valid arrest warrant, which the SSS claimed it got from a competent court.

On Wednesday, at a conference in Abuja, El-Rufai remarked that there might be violence in 2015 if the 2015 general elections were not credible.

Do you have a story/gist for us? Kindly send to