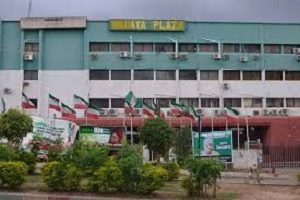 The Peoples Democratic Party, PDP, has slammed the All Progressives Congress, APC-led Federal Government, saying it has nothing to show since clinching power from them, PDP, on May 29, 2015.

The country’s main opposition party, in a statement issued by its chief spokesman, Prince Dayo Adeyeye, said the only thing the President Muhammadu Buhari-led administration is the commissioning of the Abuja – Kaduna Standard Gauge Rail Line Project, which it was conceptualized, awarded and constructed by the PDP’s administrations.

In the statement issued on Wednesday, July 27, 2016, it was explained that the Rail Project was conceptualized by the Obasanjo Administration and successive PDP administrations of President Umaru Yar’Adua and Goodluck Jonathan, commenced work and built the Project to 99% completion.

PDP noted that the usual rhetoric of the APC had always been that the 16 years of PDP’s rule were years of waste asking if the Railway Project was also a waste?

“The truth which history will bear out is that the PDP in its 16 years of rule successfully completed numerous projects that substantively changed the infrastructural landscape of Nigeria.

“Every one of those 16 years were years of great productivity with remarkable landmark achievements. This is very much unlike the APC which has already wasted one full year without even scratching one square meter of ground anywhere in the Country,” the PDP said.

The party said ‘if morning truly shows the day, then we can say that Nigeria is now really in the era of waste and stagnation’.