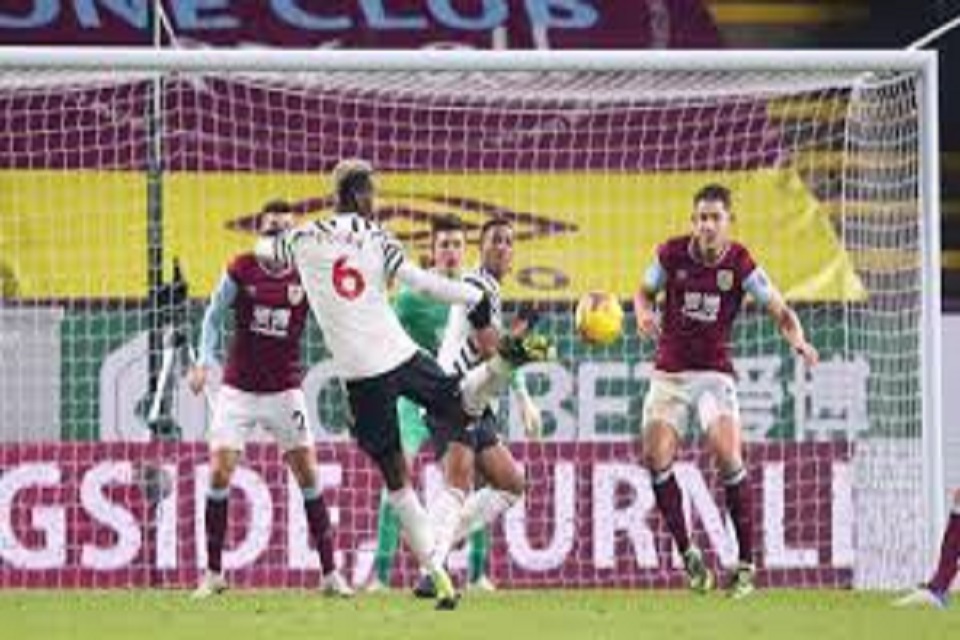 Ahead of Sunday’s crucial showdown game with title rivals Liverpool at Anfield, Paul Pogba’s goal was all that was needed to send Manchester United to the top of the Premier League for the very first time since their 2012/13 title-winning season under Sir Alex Ferguson.

The 2016 world record signing of £89.1 million from Juventus proved his worth on a night where United dominated possession but failed to find a breakthrough along with some VAR controversies.

A beautiful cross from Marcus Rashford to the edge of the area picked up a controversial Paul who perfectly took his chance in the 71 minutes to ensure the ball went past the goalkeeper and into the Burnley net.

Paul has constantly been in the news with his agent, Mino Raiola, claiming last month that the 27-year-old wanted to leave United.

After the game last night which saw Manchester United defeating Burley 1 – 0, Solskjaer was full of praise for his star man.

“I have always said Paul is a big player for us,” Solskjaer said. “He is a good character in the dressing room, he is someone the lads look to, he is a world champion. We are seeing the best of Paul at the moment.”

On his thoughts on the game and the upcoming fixture, Ole Gunnar Solskjaer told BBC Sport: “I’m very pleased of course. Any time you get three points you are happy. We had to dig in and earn it and we did.

ALSO READ  I Have Affection For Man United—Mourinho

“I’ve not seen the fouls but it must be right – the referee went over to look at it. The disallowed goal – that’s a mistake, we have to be honest.

“The goal was top, great execution and style. Paul Pogba really played well tonight. It would have been easier for us, we should have got the second goal but we don’t do it the easy way.

“We feel very confident going into games. Away from home we have really done well. We have to believe in ourselves and we do. We’ve done a great job, it’s good times. It’s a test against the champions (Liverpool on Sunday) who have been fantastic, a great test for us.”

United are now unbeaten in 15 Premier League away games, now all that is needed from Ole Gunnar Solskjaer’s men is to prove that they are really on toes and ready to be title winners this season and a win against Liverpool on Sunday would send them six points clear of the reigning champions.