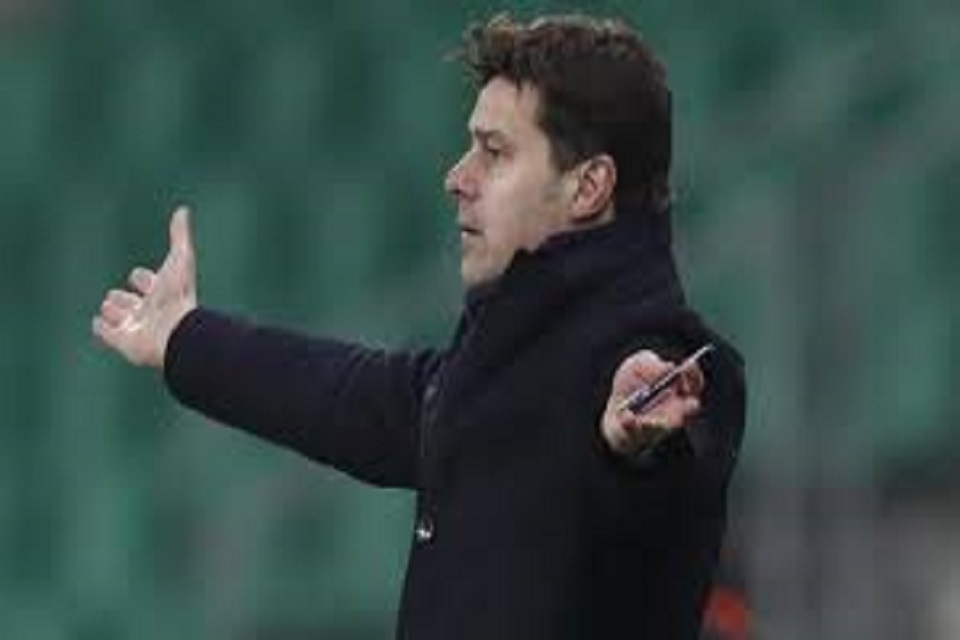 The first game of Mauricio Pochettino as the manager of Paris Saint-Germain (PSG) ended in a 1-1 draw at Saint-Etienne on Wednesday.

Pochettino, who was confirmed as Thomas Tuchel‘s successor on Saturday, was in charge of his first managerial role since being sacked by Spurs in November 2019.

PSG went behind as early as the 19 minutes after Marquinhos and Idrissa Gueye tried to play out from the back. The ex-Everton midfielder was robbed on the edge of the box and Romain Hamouma lifted neatly over keeper Keylor Navas.

But Everton loanee Moise Kean equalised three minutes later when he fired from close range to score his 8th league goal in 12 appearances since his switch.

PSG would have gone top of the French Ligue if they had won the game but are now second, three points behind Lyon, who had earlier beaten Lens 3-2.

“I am disappointed. We are PSG and we wanted to win.

“This is not the result that we wanted,” a disappointed Pochettino said.

“But after three days, we had little time to prepare. There are a lot of things to work on that we have to improve. It is not a result that we wanted but it is clear that Saint-Etienne deserved this result.

“We must improve a lot. We tried to put into practice different concepts, but I’m happy that the players tried to apply them. I’m happy with the effort, the attitude. We have to improve with the ball. It was positive but there are many things to improve,” he added.

The former Tottenham, Southampton and Espanyol boss had signed a contract at the Parc des Princes until June 2022, with the option for an extra year.