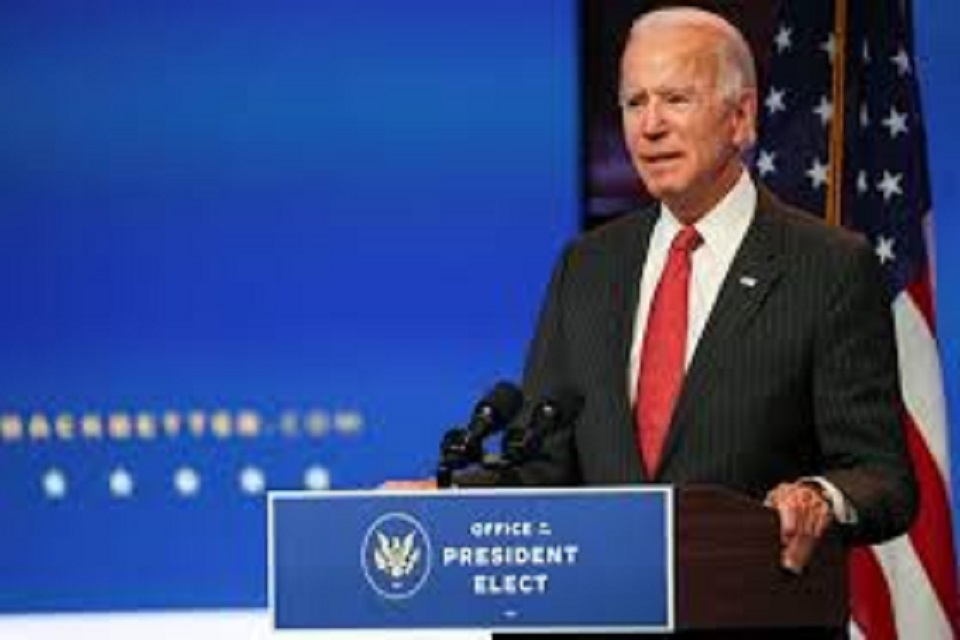 The United States president-elect, Joe Biden, is already moving at a faster pace as he is set to announce those who will work in his administration on Tuesday.

This was disclosed by the incoming White House chief of staff amidst President Trump’s refusal to concede the election and ongoing attempts to prevent the transition process.

Biden is expected to take oath of office on January 20, 2021, after he was declared winner of the November 3 election.

However, President Trump has launched several lawsuits and mounted a pressure campaign to prevent state officials from certifying their vote totals.

With Trump refusal to acknowledge the election outcome, Biden and his top aides have been denied briefings on sensitive domestic and foreign policy issues.

Ron Klain, Biden’s choice to be White House chief of staff said Biden will announce the first of his cabinet picks tomorrow but declined to reveal the choices.

As January 20 draws nearer, it is still not clear if Trump will participate at all in the event.

On inauguration day, the incoming president normally enjoys being received by the outgoing president at the White House, followed by the swearing-in in front of the Capitol, watched by the public on the National Mall and millions on television. There’s a special launch, a procession down Pennsylvania Avenue and the inaugural balls.