America Decides: Why Joe Biden Will Win US Election 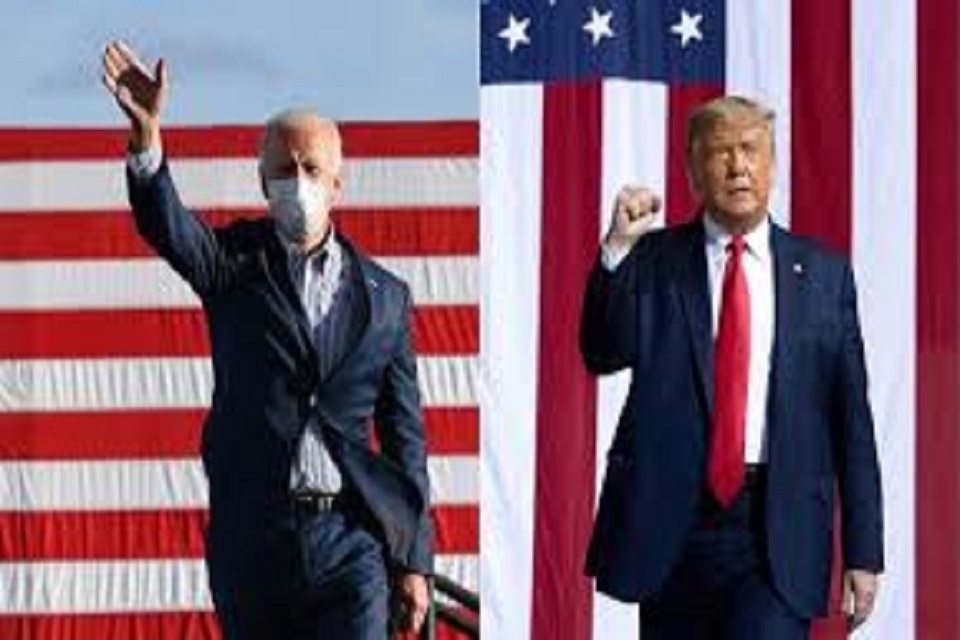 As the whole world is looking forward to the much-awaited United States election slated for Tuesday, November 3, 2020, there are lots of political intrigues to the poll. This is the 59th quadrennial presidential election of the country.

Major issues that shape the election include climate change, COVID-19 pandemic, the death of George Floyd which gave birth to the Black Lives Matter protests across the world and the death of other African-Americans, pushing for the repeal of Obama Care, economy, faceoff with China among other issues.

COVID-19: Presently in the United States, over 9 million cases were confirmed and 231, 000 deaths recorded. It was reported that President Trump ignored experts’ advice and undermined the pandemic.

George Floyd’s Death: The Majority of Americans ranging from whites and black believe the President didn’t handle the killings of Black Americans with care.

Obama Care: President Trump got it wrong when he started pushing for the repeal of Obama Care which millions of Americans are benefiting from.

It’s worth noting that the US election is not about the total number of votes cast or states won but satisfying the 270 or above Electoral College votes needed to win the White House.

The election will occur simultaneously alongside elections for the House of Representatives, Senate, and various state and local-level elections.

With my holistic view of how the campaigns across the country have taken shape, you would agree with me that typical Americans prefer Republican candidate, President Donald Trump while the Latino, African-American, Indian-American, and the Asian-American voters queue behind the former Vice President and Democratic candidate, Joe Biden.

While doing my state by state analysis that might give Joe Biden the victory, prompted my explanation in assessing the states in alphabetical order.

ALSO READ  How to Protect Your Debit Card From Fraud

California is the home state of Democratic Vice Presidential candidate, Kamala Harris. So, Democrats are expected to win with about 60-65% while Republican struggle with 30-32% votes.

Delaware, the home state of Democratic Presidential candidate, Joe Biden. The Democratic Party is expected to garner about 55-60% while Republican struggle 35-40% votes

Florida is the home state of President Trump, the state and Iowa are expected to be a tight race for both major political parties. Democratic Party also is expected to win with a slim margin of 2-5% above Republican in Michigan.

In Indiana, the Republican Vice-President candidate, Mike Pence state, his party is expected to win with about 55-60% to Democratic 30-35% votes.

In Minnesota, the election in the state will be determined by the aftermath of George Floyd’s death which gave birth to the Black Lives Matter movement, Democratic Party expected to garner 46-52% votes.

ALSO READ  Can Delta State Be the Dubai of Nigeria? By Tolu Abodurin

For record purposes no Republican has won the White House in nearly a century without winning Florida, and for Trump to win he needs the Sunshine State and its 29 electoral votes too.

In light of my above analysis, President Joe Biden is expected to win the Tuesday election convincingly.

If Biden wins the election, his victory then becomes historical. He would become the oldest person to serve as president of the United States at 78-year-old on the day of his inauguration and the first candidate to defeat an incumbent president in 28 years since Democrat Bill Clinton defeated Republican George Walker Bush in 1992.

His running mate, Kamala Harris would also become the first woman to serve as vice-president of the United States.

It’s worthy of noting that this is the first election in the history of the United States in which both major parties candidates are over 70 years of age.

Jumu’ah Abiodun is a Social Commentator, Columnist and Political Analyst writes in from Lagos, Nigeria