You Are Here: Home → 2020 → November → 5 → We Did Everything Wrong – Fernandes Admits In Man Utd Champions League Defeat 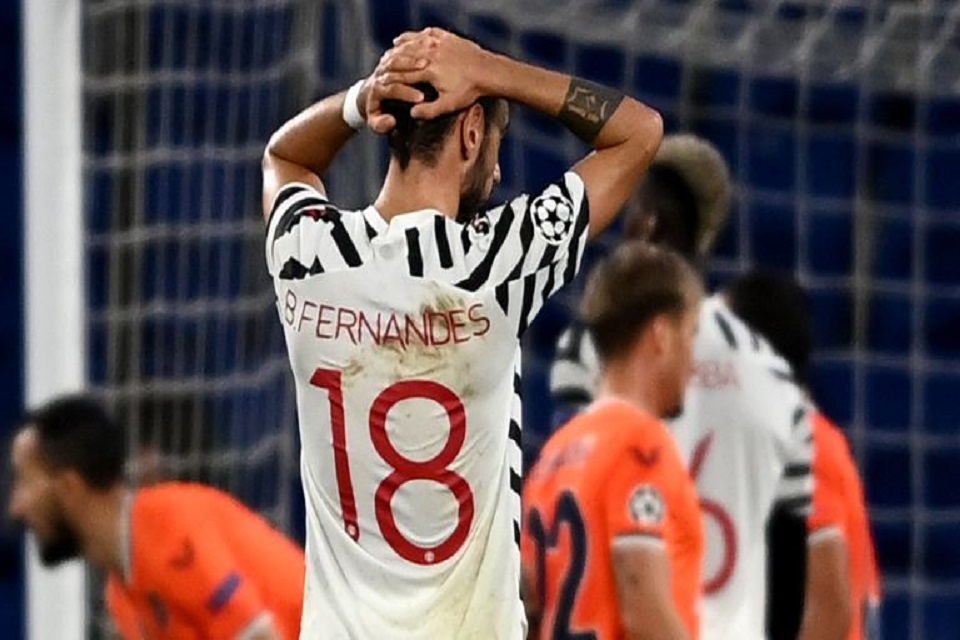 Bruno Fernandes admitted that Manchester United “did everything wrong” in a 2-1 Champions League defeat to Istanbul Basaksehir that has knocked them another step backwards and piled pressure on under-attacked boss Ole Gunnar Solskjaer.

The Manchester united midfielder Bruno Fernandes has called on his team-mates to bounce back from their poor run of form, admitting their performance was nowhere near good enough on Wednesday night.

“Everything goes wrong, we did everything wrong,” he lamented to MUTV after the game.

“The intensity was not good since the beginning of the game. They found a goal early and, after, the game was complicated for us. We tried until the end but the problem was (that) I think we came later into the game.

“We can do much better; everyone feels that. We know we can’t concede goals like that, but now it’s time to look (at) what we did wrong, to make it better in the next game.

The midfielder added: “We need to look: one week ago, everyone was talking about we’re going well, we’re doing amazing games.

“We won against Newcastle, we won against Paris, we beat Leipzig. We draw against Chelsea in one game when we can win.

“This game was important for us – winning the game to be comfortable in the table.

“Of course, making one or a few points again we [would have almost] passed (qualified from) the group. But now it’s the same.

“We are in a good position. We need to do the same: going for every game, trying to win, and it will not be different in the Champions League.”

The Red Devils continued their season of struggle with a poor showing against the Turkish outfit, who are in their first ever season in Europe’s elite competition,

Demba Ba capitalised on a mix-up at the back to slot home early in the game, before Edin Visca put them two goals up.

Anthony Martial’s strike before half-time was just a consolation as the team failed to mount a comeback, putting manager Ole Gunnar Solskjaer on an increased pressure over his position at Old Trafford.

Fernandes also acknowledged the need for standards to be raised, with the Red Devils heading to Merseyside on Saturday. Man United currently sit 15th in the English top-flight standings, with just two wins to their name from six games so far.

“Of course, in the league we are not in a good position – we all know that,” said Fernandes.

“We need to do much better, and we need to do something more than say ‘do something in the next game’ because it will be a difficult game for us. Our focus now needs to be already there.”