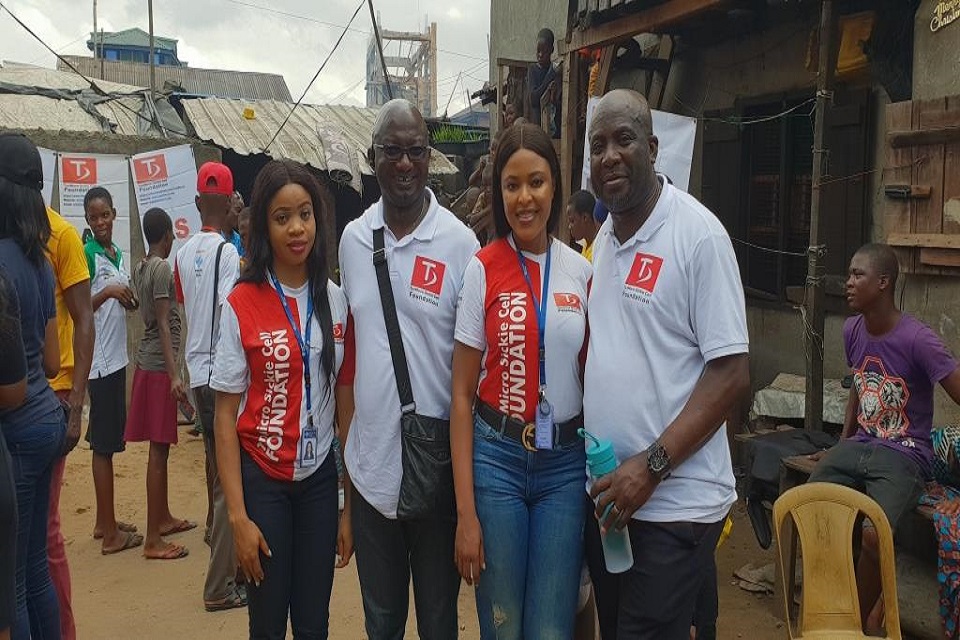 In demonstration of its commitment to promote and support healthy living amongst Nigerians, Keystone Bank Limited has partnered with “The TunMicro Sickle Cell Foundation”, a UK-based humanitarian organization and ‘Slum2School Africa’ to create awareness about Sickle Cell Disorder (SCD) in Lagos.

According to the lender, the initiative is part of its efforts to commemorate the 2019 World Sickle Cell Day which holds in June.

World Sickle Cell Day was established by the United Nations General Assembly in 2008 in order to increase the awareness about the sickle cell disease and its cure among the common public.

During the week-long awareness and free testing programme, over 700 children benefitted from the initiative held in three communities (Adogbo, Songonro and Migbewe) in Lagos. The children were enlightened on the causes, prevention and efficient management of the disease.

ALSO READ  My Visit To President of Togo Not Political—Iginla

Commenting on the bank’s involvement in the event, the Acting Group Managing Director/CEO of Keystone Bank Limited, Mr. Abubakar Danlami Sule, said: “The impact of values development initiatives such as this cannot be overemphasized.

“Sickle cell disease has become a common and foremost genetic disease worldwide which can be cured through fast awareness campaign, curable activities, early diagnosis and effective management. According to statistics, it has been discovered that more than 1000 babies are being born every day with sickle cell disease in Africa only to die before the age of five.

“At Keystone Bank, we recognise the importance of health to nation building. Good health is critical to economic development and therefore, our contribution towards the awareness, prevention, and efficient management of the SCD within local communities further strengthens our stand to improve global sustainable development goals.’

Speaking further, the bank chief disclosed that Keystone Bank, through the initiative also seeks to stop the stigmatisation of people living with the condition in Nigeria, stressing that there is so much ignorance concerning the disorder.

Keystone Bank is a technology and service-driven commercial bank offering convenient and reliable solutions to its customers.