Nigeria, Others Vote For Arms Embargo, ICC Prosecution For Israel 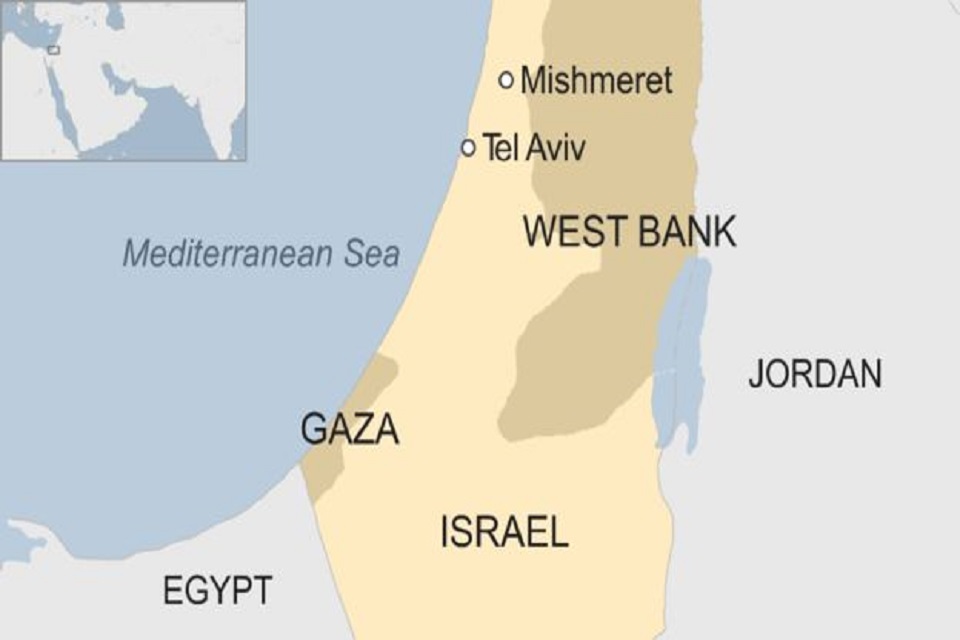 The United Nations Human Rights Council (UN HRC) on Friday voted 23-8 for an arms embargo against Israel and the prosecution of Israeli military officials for war crimes due to Israel’s deliberate targeting of unarmed children, journalists and disabled people during recent protests in the Gaza Strip.

Sub-Saharan African nations are among the biggest supporters of the move, with yes votes coming from Angola, Burkina Faso, Nigeria, Senegal, Somalia and South Africa.

Dubbed the “accountability” resolution, the vote in Geneva follows a UN Independent Commission of Inquiry that found the vast majority of Gaza protesters who were killed by Israeli forces – 154 out of 183 people – had been unarmed, and “did not pose an imminent threat of death or serious injury to others when they were shot, nor were they directly participating in hostilities.”

The Israeli government refused to co-operate with UN investigators, and rejected the report’s findings.

The report recommended that UN members consider imposing individual sanctions, such as a travel ban or an assets freeze, on those identified as responsible for the violations of international law and possible war-crimes.

During discussions on this, and other resolutions critical of Israeli human rights violations in the Occupied Palestinian Territories (OPT), African nations defended the Palestinian right to resist occupation through protest, and their right to self-determination.

“Nigeria emphasises the need for Israel to always exercise utmost restraint and to avoid excessive use of force against innocent civilians exercising their right to protest in resistance to their ongoing occupation,” said Abuja’s representative, Muhammad Isa.

South African representative, Clinton Swemmer, said the report’s findings of possible war-crimes and crimes against humanity were credible, and the South African delegation believes that these “have indeed occurred”.

Seemingly in response to accusations by several European countries that the report did not hold Palestinians responsible, Namibian representative, Penda Naanda said:

“We cannot equate the responsibilities and the accountability of the victims to those of the occupying power….Namibia supports the commission’s request that the current report and the relevant information be submitted to the International Criminal Court.”

Namibia, formerly South West Africa, was occupied by Germany and then apartheid South Africa until 1990.

Speaking on behalf of the 54-member Africa Group at the session, Angola’s Marilia Manuel cautioned that the “the international community cannot continue absolving Israel of its responsibility for its human rights violations against the Palestinians.” Manuel reiterated that the HRC has an ethical and legal obligation to protect the Palestinian people. “African states remain committed to this cause,” she declared.

The accountability resolution was one of several resolutions critical of Israel which the UNHRC approved on Friday as it wrapped up its 40th session.

The resolution on the right of the Palestinian people to self-determination passed 41-3, with two abstentions. The vote on Israeli human rights abuses in the Occupied Palestinian Territories (OPT) passed 39-3, with five abstentions. A resolution against illegal Israeli settlements in the OPT passed 32-5, with ten abstentions.

Palestinian ambassador to the UN HRC, Ibrahim Khreisheh, expressed his support for the move.

“Voting in favour of today’s resolutions that condemn Israeli abuses of Palestinian human rights and call for effective mechanisms to end them is an evident fulfilment of your legal and moral responsibilities, as members of the international community, towards international law, UN resolutions, and universal human rights.

The State of Palestine will continue to make use of all available diplomatic and legal tools to exercise its long-overdue inalienable rights, protect our people and hold Israel accountable for over half a century of systematic oppression, domination, and violence,” he said.

Meanwhile, South Africa’s Ambassador to the UNHRC, Nozipho Mxakato-Diseko, warned that the two-state solution is clearly being systematically eroded and replaced with the reality of a one-state solution under apartheid.”