Stay Away From Me—Buhari Warns AIT 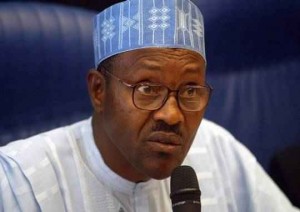 The Cable quoted spokesman of the Buhari Campaign Organisation, Garba Shehu, as citing issues related to ethics and standard as few of the reasons why Buhari does not want the popular media outfit around him.

Garba also cited “family and security concerns” as part of the reasons.

Prior to the March 28, 2015 presidential election, AIT aired some sponsored hate documentaries on Buhari, which was meant to pitch Nigerians against the former military dictator.

Security operatives on Monday, acting on orders, prevented AIT from covering the visit of the Cuban and Switzerland ambassadors to Buhari at the Defence House, where he (Buhari) presently resides.

“AIT has been asked to step aside based on security and family concerns. In addition, Buhari has decided that they will have to resolve some issues relating to issues of standard and ethics.

“You can quote me that I said that we have asked them to step aside and that we are resolving the the issues of ethics and standards with them,” Garba said.