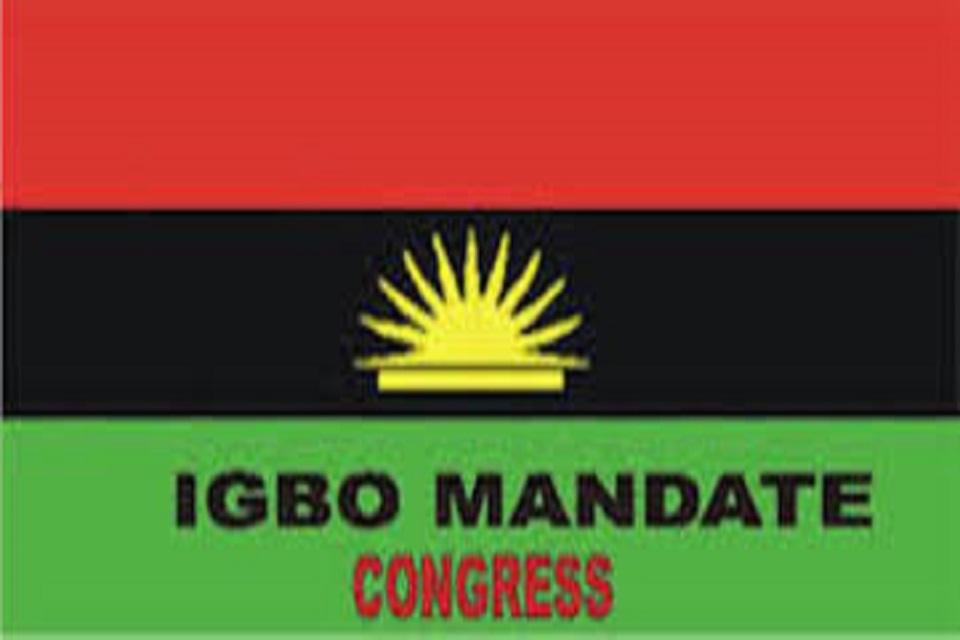 The election of executives into the Ohanaeze Ndigbo National Executive Council in January 2021 will be marred by political sellouts and betrayals until the curse placed on them by Apostle Dr PCJ Macjossy is lifted.

Apostle Dr PCJ Macjossy, a Pentecostal Church leader popular among gospel ministers in the South East, who sponsored the establishment of many independent churches, ministries and deliverance missions around Igboland was the General Coordinator of General Assembly of all Igbo Christian Organizations and Ministers (GAAICOM), an umbrella body of Igbo clerics and gospel minded professionals .

Apostle Dr Macjossy at some point, gave out his Ministries to people, and went into the calling of aligning the Igbo Hebrews of Nigeria with Their Ancestral Roots and Covenants with God.

With the support of notable Igbo Clerics, the body National Council of Igbo Ministers was formed in 2002, later renamed General Assembly of all Igbo Christian Organizations and Ministers with over two hundred notable ministers across all denominations, in attendance at the inauguration in 2002.

GAAICOM was given the mandate of reconciling Igbos with God so that they can Take Their Place in NIGERIA.

In God’s divine programme for Ndigbo, Ohanaeze Ndigbo has a role to play in uniting Igbos for a three-day Solemn Assembly named ‘3-Day Walk into the Presence of God’.

From the era of Justice Eze Ozobu to Prof Joe Irukwu to Dr Dozie Ikedife, Ambassador Raph Uwechue, Chief Gary Igariwey and incumbent Chief Nnia Nwodo, Apostle Macjossy had told them personally of what God demands from Ohanaeze so that Igbos will be delivered from ‘Her Enigmatic Trauma’.

Apart from Justice Eze Ozobu, the rest paid lip service till today, instead dancing to the caprices of the highest bidding politician at every turn of political event.

The narrow loss of PDP Convention by Alex Ekwueme in 2003, the humiliation of Peter Odili in 2007 by Obasanjo is attributable to the recalcitrance attitude of Ohanaeze to divine agenda. In 2011 and 2015 the Igbo chance to produce the presidency was ceded to Goodluck Jonathan.

In 2007 and 2015, attempts by Rochas Okorocha to get the PDP and APC tickets were rubbished. In 2015, the spirit of the curse was at work in Governor Okorocha who refused all entreaties by key northern leaders to cede Hope Uzodimma the APC Governorship ticket, and concentrate on the ‘Big Event, Presidency 2023’ fell on deaf ears until Okorocha rubbished his towering political credentials.

The excitement over Peter Obi’s emergence as Vice Presidential Candidate to Atiku Abubakar, was quashed by an election whereby Igbos even refused to come enmasse to vote, claiming to be waiting for Biafra referendum.

Apostle Dr Macjossy had constantly warned Ohanaeze that until the 3 Day Solemn Assembly is observed by all Igbo, they will be disgraced politically in Nigeria and marginalized economically. God’s message to Apostle Macossy has been relased by GAAICOM in phases and is in the public domain.

I have attended many Imeobi Meetings with Apostle Macjossy where he repeated the said warnings. I have witnessed where he warned various state chapters of the body, especially the Abuja Chapters of the consequences of ignoring the warnings.

I was with Apostle Macjossy when he issued warnings to Ambassador Raph Uwechue and Chief Gary Igariwey severally.

Apostle Macjossy, GAAICOM and Igbo Mandate Congress opposed the imposition of any candidate by Governor Ugwuanyi as Ohanaeze Leader. I recall specifically that in December 2016, GAAICOM issued a press statement, and wrote letters to all South East Governors, asking them to allow for free and fair Ohanaeze elections.

The Governors initially obliged stayed away from the elections till two days to the election when a twist was introduced. Though GAAICOM had no candidate but was poised to mobilize against anyone with government support.

The GAAICOM plot was working as led by Apostle Macjossy, until the eve of the final screening of candidates when Governor Ugwuanyi called Prof Anya O Anya at little past midnight and warned him that on no account should anyone be returned as President of Ohanaeze Ndigbo except Nnia Nwodo.

When Apostle Macjossy heard the news, he tried to rally other candidates for a showdown with Governor Ugwuanyi but Real Admiral Allison Madueke (Ex-Governor Anambra State, Ex Chief of Naval Staff) chickened out, together with another candidate, and GAAICOM boycotted the process.

With the boycott, governors had a field day and imposed candidates at will. Barrister Emejulu Okpalaukwu, Rev Obinna Akukwe, Nze Okpani Nkama among others was blocked by their respective governors who felt those people may be unwieldy.

Ohanaeze Ndigbo is cursed. Apostle Macjossy cursed them for betraying Igbo interests. Igbo Interest was betrayed in 2011 elections for N5 Billion naira channeled through Ohanaeze Foundation, and Nze Akachukwu Nwankpa was the conduit pipe. Ohanaeze Ndigbo set up a body headed by Dr Chris Asoluka and people were indicted.

In 2015 election, Igbo interest was purchased for initial N1.2 billion naira in December 2014 and extra N5 billion naira IN January 2015. The betrayal was such that Chief Mbazulike Amechi , Chairman Ohneze Elders Council mandated the creation a Ohanaeze Ndigbo Caretaker Committee headed by Dr Ralph Obioha in 2015.

I served in that Caretaker Committee as representative of the clergy and media. In 2019, Igbo Interest was defined by alleged $3million dollars from a presidential hopeful, and by the time the whole exercise is over, Igbos shot themselves on the feet.

The fear of another meddlesomeness caused Dr Chris Ngige to oppose the imposition of Atiku protégée, Senator Ben Obi, as Chairman Electoral Committee, to avoid the repeat of event of 2017, and another possible Ohanaeze cash out in 2023.

Ohanaeze Ndigbo has arrays of candidates with formidable credentials from Imo State from Prof Obiozor, Dr Asoluka, Dr Uwazulike to Dr Joe Nwaorgu. Let them emerge through a process devoid of political meddling to save the body from another embarrassment.

Until Ohanaeze Ndigbo does the needful, remove interference of Governors and politicians, and allow Imeobi, NEC and Convention to do their work, the curse of Apostle Dr Macjossy and GAAICOM on betraying Ndigbo will resonate and create tension and confusion.