You Are Here: Home → 2021 → January → 5 → Shams and OMNES Media Unveil An Influencers Platform With Huge Opportunities 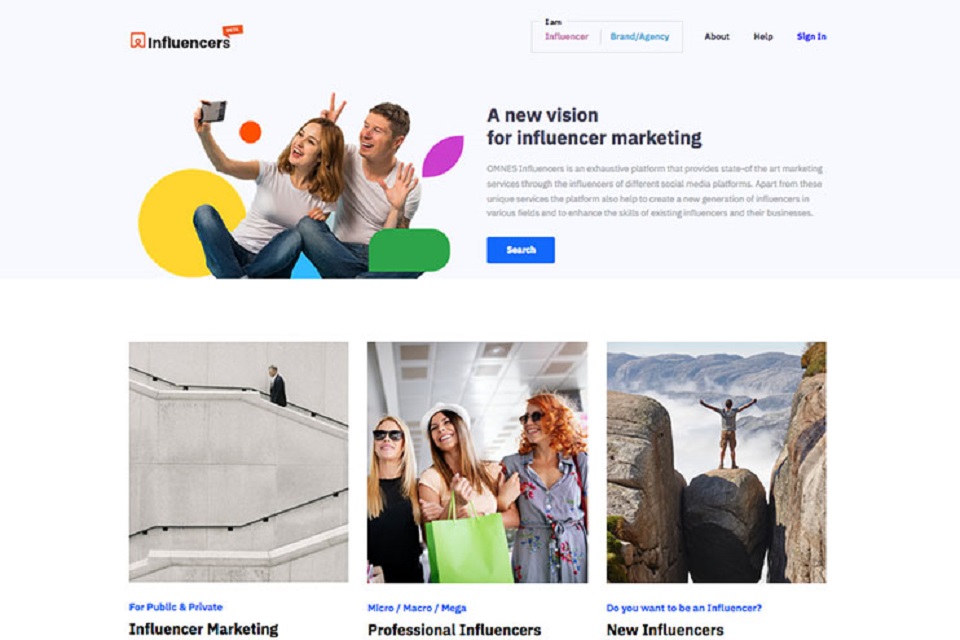 Shams Media Services, a subsidiary of Sharjah Media City (Shams), and OMNES Media, an integrated media and communications solutions company, have launched OMNES Influencers platform in its Beta Edition to help users explore and benefit from an ever-expanding online market, which is witnessing a Compound Annual Growth Rate (CAGR) of 32%.

“The global influencer platform market, which is expected to grow from $6 billion in 2020 to $24.1 billion by 2025, offers tremendous opportunities to influencers and customers alike. OMNES Influencers is designed to introduce a new generation of influencers to the social media world” said H.E. Dr. Khalid Al Midfa, Chairman of Sharjah Media City (Shams).

“Such a platform will definitely contribute to reshaping the communication industry and positively impact multiple business sectors,” he said, stressing that various factors, such as the customers’ shift towards video-based content across the social media space and an increase in the adoption of ad-blocking software are likely to enhance the adoption of influencer marketing.

In three months, over 2,100 influencers have registered on OMNESInfluencers.com, which also offers necessary licenses and training programs to make the influencers’ professional journey more pleasant and smooth. OMNES Influencers boasts influencers from over 115 nationalities with the UAE ranking first followed by India and Morocco.

“At OMNES Influencers, we help businesses connect with the right type of influencers who could promote their brands and deliver results within given budget and timeframe,” said Fahed Aldeeb, CEO of OMNES Media.

“Interestingly, in the past few years, advertisers have begun steering away from paying big bucks for major celebrity endorsements, opting instead to utilize so-called micro-influencers,” he pointed out.

“It’s a trend that is growing at a rapid pace. A recent report showed that over half of the marketers surveyed plan to increase their influencer budgets, and a vast majority of these budgets going towards micro-influencers,” Aldeeb highlighted.

“Even those with fewer than 5,000 followers are seen as smart investments,” he said, inviting influencers to register at OMNESInfluencers.com to enhance their presence, popularity and chance to earn a decent regular income.