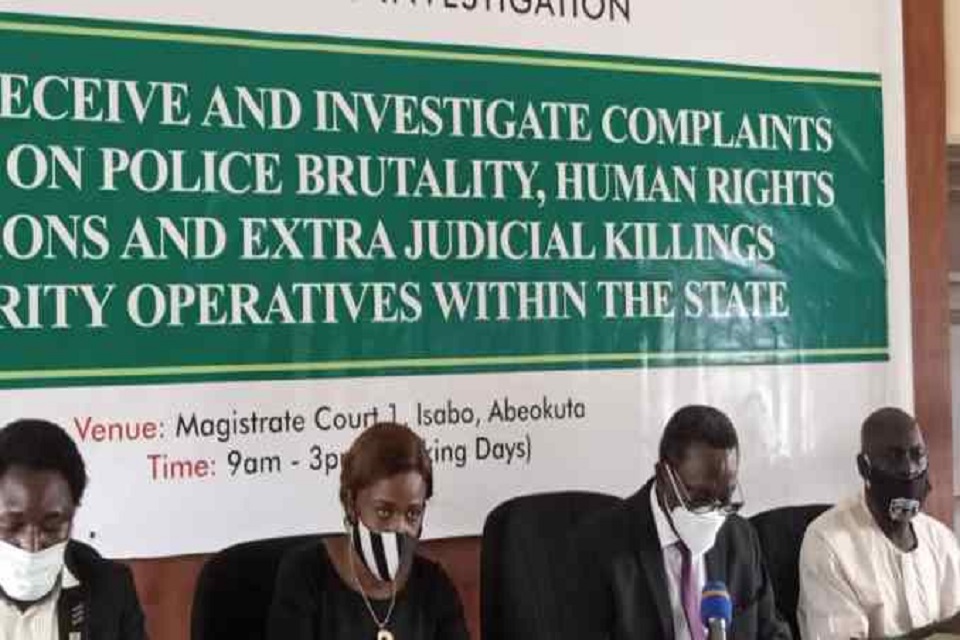 The Judicial Panel of Enquiry in Ogun State set up to investigate police brutality and human rights abuses by security operatives in the state, has disclosed that the panel has put an end to submission of petitions.

The Chairman of the panel Justice Solomon Olugbemi who made this known in a chat with news men in Abeokuta on Monday revealed that the Panel has received a total of 105 petitions on police brutality and human rights abuses.

Justice Olugbemi said the Panel has in less than six weeks of its sittings, treated 19 out of the 105 petitions submitted.

Speaking on the deadline of petition submission, the Chairman revealed that, “our initial deadline for submission was 18th November, 2020 before it was extended to the end of November to give room for more petitions.

The Chairman added that the panel will do all in its power to ensure that nobody is witch hunted, assuring that justice would be delivered based on evidences provided and adequate evaluation.