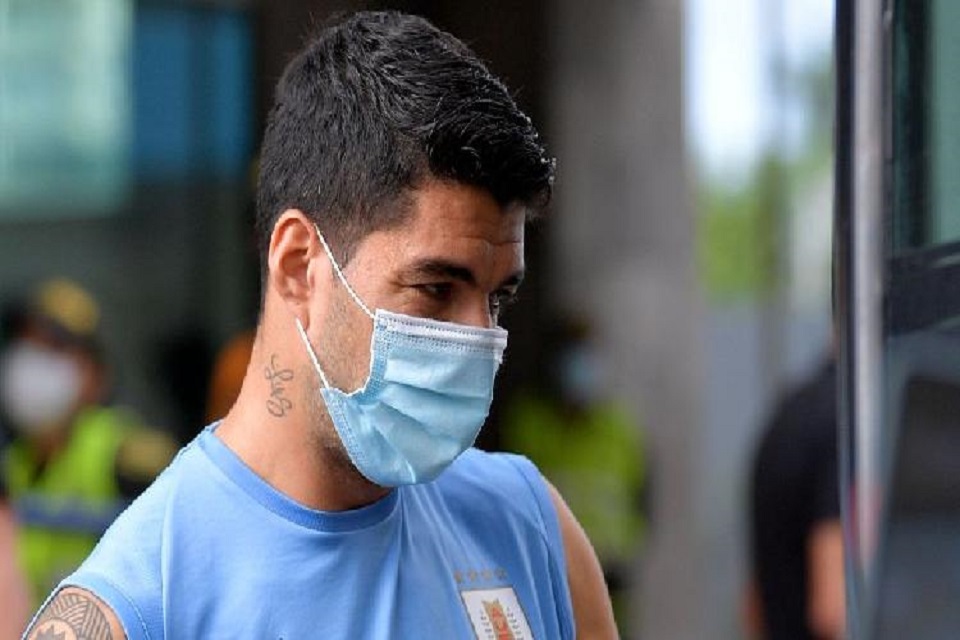 Atletico Madrid striker Luis Suarez is set to miss the LaLiga clash against his former club Barcelona after a second COVID-19 test returned positive while on international duty.

The Uruguay international had been self-isolating since he tested positive for Covid-19 on November 16 and had hoped to return to action against his former team-mates on Saturday.

But he will be forced to miss Atletico Madrid’s LaLiga clash after failing to return a positive test on Wednesday and will quarantine until a negative test is confirmed.

The 32-year-old, who played a key role in Uruguay’s victory against Colombia in the World Cup qualifiers, tested positive in the aftermath of that game.

Since joining Atletico Madrid this season, Suarez has already netted five times in six appearances for the club. The Uruguay forward absence would be felt by Diego Simeone led side when his side hosts Barcelona at home this Saturday as Lucas Torreira also joins Suarez in missing Atletico-Barca clash due to Covid-19.

This has robbed Suarez of the chance to face his ex-employers for the first time since moving across La Liga at the start of the 2020-21 season, having been declared surplus to requirements by new Barca coach Ronald Koeman.

The match on Saturday at Estadio Wanda Metropolitano will be the first clash between Barcelona and Atletico Madrid since Ronald Koeman took the coaching role at the Camp Nou.