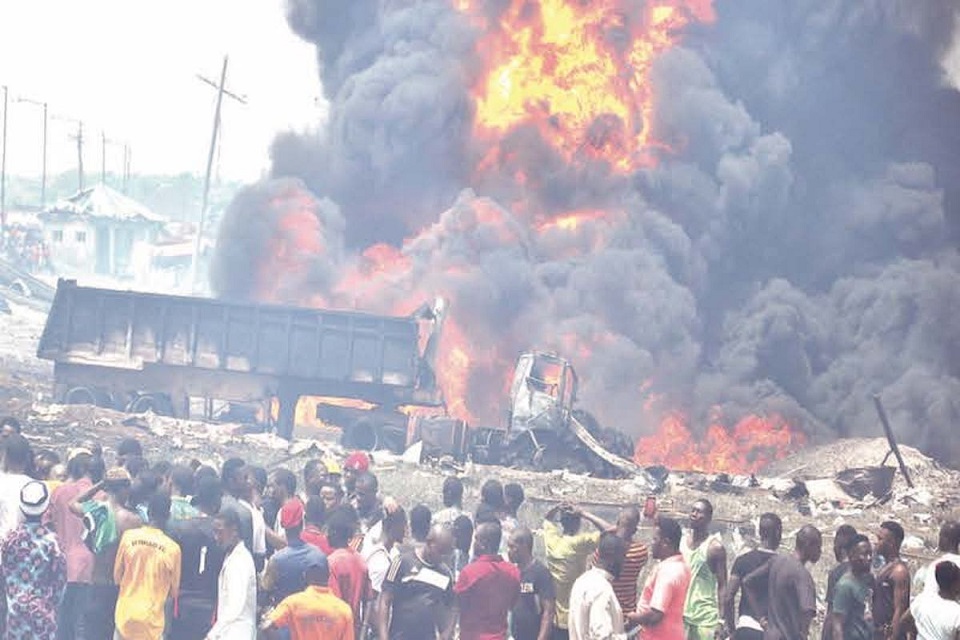 The Senate on Wednesday directed its Committees on Petroleum Downstream, Gas Resources to investigate the remote and immediate causes of gas tanker explosions in parts of the country, with a view to preventing a recurrence and report back in two weeks.

The upper chamber has also urged the regulatory and licensing authorities of the Department of Petroleum Resources, DPR, State Town Planning Authority, the Fire Service and the Federal Road Safety Corps, FRSC to review the modus operandi, safety procedures and licensing regimes of this potentially combustible business and mode of transportation of gas in Nigeria.

The resolution was reached sequel to the consideration of a motion brought to the floor by Senator Solomon Olamilekan Adeolu (APC – Lagos West).

Coming under Order 42 and 52 of the Senate Standing Rule, the lawmaker noted that on September 24, 2020, a massive gas explosion occurred at Cele Bus Stop, Iju-Ishaga in Ifako-Ijaiye LGA, Lagos State.

According to him, “the explosion caused serious body injuries to no fewer than 44 persons while destroying 36 buildings including a church, an event centre and a plank market as well as destroying 26 vehicles within a radius of 300 metres of the explosion.

“Regrets that the explosion believed to have been caused by the burst tyre igniting a gas leak of a stuck 30 tonne Gas Tanker attempting to extricate itself from mud totally destroyed multi-billion naira properties and businesses of many citizens.

“Further notes that just about two weeks later on October 10,2020, a similar gas explosion occurred at Candos Road, Baruwa, Ipaja-Ayoba, Alimosho LGA when an LPG Tanker in process of discharging gas at a gas plant exploded from sparks of a running power generator in the plant.

“Regrets that in this second tragic incident 18 lives including a father and child were lost with scores sustaining injuries while 25 houses and 16 lock up shops filled with goods worth millions of naira were burnt.

“Aware that Tanker Owners Association in Nigeria estimates that over 80% of all articulated vehicles as the ones involved in these incidents lack safety protocol requisite to their operations and plying of public roads.

“Worried that Nigerians living and conducting legitimate businesses in my densely populated senatorial district now live in justifiable fear of not only losing their lives or those of loved ones from these frequent explosive fire disasters but also their properties and investments.

“Commends officers and men of LASEMA, Lagos State and Federal Fire Services, Nigeria Police Force, Nigeria Security and Civil Defense Corps and ordinary Nigerians on their prompt roles in putting out the inferno resulting from these explosions and mitigating its spread as well as rescuing victims.”