The Governor of Lagos state Babajide Sanwo-Olu on Tuesday joined EndSARS protesters in the State. He joined the protesters after addressing them at the state’s secretariat in Alausa, Ikeja.

Sanwo-Olu, carrying a #EndPoliceBrutality placard, walked with other protesters, to demand the end of harassment by men of the police force.

He also posted on his Twitter, saying he has collected the demands of the protesters and he is on his way to meet with President Muhammad Buhari.

According to him; “I joined the #ENDSARS protesters in Alausa and received a letter of their demands and once again I reiterated my support. I am now on my way to Abuja to meet with H.E Pres. @MBuhari and the goal of the conversation is clear. Tangible next steps to #EndPoliceBrutality.”

Sanwo-Olu also said that the government is immediately setting up a trust fund to compensate the families of police brutality in Lagos state even though no amount of money can reduce their pain.

The trust fund will be supervised by a team appointed transparently by members of the public.

It has been six days of continued protests across the corners of Lagos and the country with protesters seeking for reform and an end to police brutality. 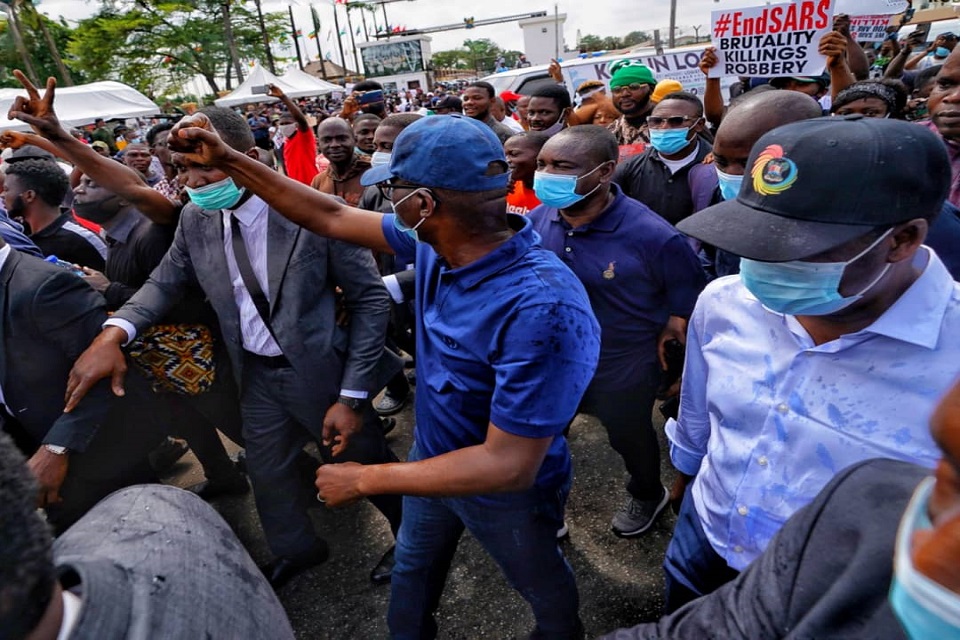