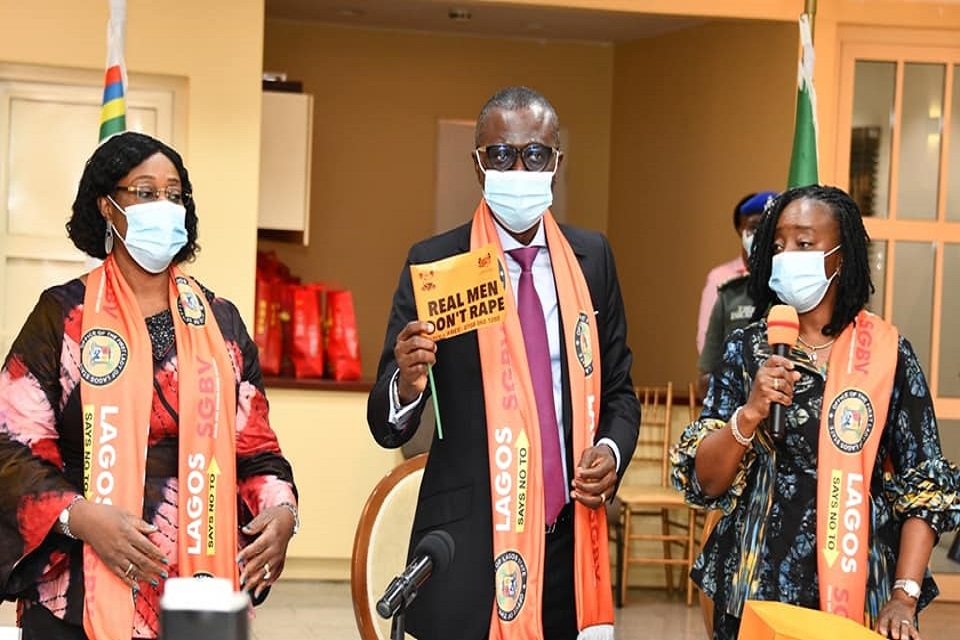 Lagos State Governor Babajide Sanwo-Olu has vowed that no offender indicted in reported cases of rape and gender-based violence will go scot free under his watch.

The Governor gave the assurance on Thursday when he received a 54-page compendium on Sexual and Gender-Based Violence compiled by the Stakeholders’ Committee set up by the First Lady to give recommendations on how the fight against the crime can be won.

Sanwo-Olu, who is the Incident Commander for gender-based violence in Lagos, reiterated his administration’s commitment to protecting the vulnerable demographics and getting justice for victims violated.

He said the State Government would be prioritising budgetary allocations to the Ministry of Justice for the acceleration of offenders’ prosecution, while also supporting Government’s agencies working in the areas of rehabilitation and integration of victims.

The Governor said: “I am delighted by the work done by the Stakeholders’ Committee to bring attention to the problems facing voiceless adults and children in our society. Through your efforts, vulnerable people are building the courage to speak out on offences of sexual violence and heal their wounds.

“We will bring people, who have been perpetrating these crimes, knowingly or unknowingly, to book. We will ensure they never walk freely without the full wrath of the law brought upon them. It is part of our responsibility to ensure that the vulnerable members of our society have a voice and have access to where they can get justice when their rights are violated.”

Having identified ways to ramp up the response, Sanwo-Olu charged the Stakeholders’ Committee to focus its activism and advocacy on mental health issue as one of the main factors responsible for sexual and gender-based violence.

The Governor praised the First Lady for her leadership in bringing the team members together and for showing interest in issues bordering rights of the vulnerable and women development.

The First Lady of Lagos State, Dr. Ibijoke Sanwo-Olu, had earlier urged the Government to step up the response geared towards reducing the criminal acts to the barest minimum.

Dr. Sanwo-Olu said her drive was to work with the Committee and create a society where gender-based violence would be reduced to barest minimum.

She said she had been leveraging the privilege attached to the Office of First Lady to champion continuous advocacy and push actions to rein in sexual offenders.

The First Lady said: “The stakeholders have been having meetings for months and their discussions have focused on the key development pillars of the current administration as they relate to the rights of vulnerable citizens, especially those women and children.

“The Office of the First Lady has been working with the vision to reduce sexual and gender-based violence to the barest minimum if it is impossible to eradicate the crime. We have activated our response, bringing all stakeholders and communities on board to forge a common front in addressing the issue.”

ALSO READ  Gbenga Omolokun To Speak At The Art Of Technology Lagos Conference 2.0

Dr. Sanwo-Olu made a case of the establishment of Sexual Assault Referral Centres where all stakeholders can attend to and dispose of cases without delay. She also canvassed for the setting up of Government-owned shelters to rehabilitate survivors, stressing that the centres must be opened in the five traditional divisions of the State.

As part of the 12-point resolutions recommended by the Stakeholders’ Committee to stem sexual and gender-based violence, the First Lady called for introduction of sex offenders’ register that will be backed by legislation.

The Committee also called for increase in budgetary support to agencies of Government fight for sex violence, among other.