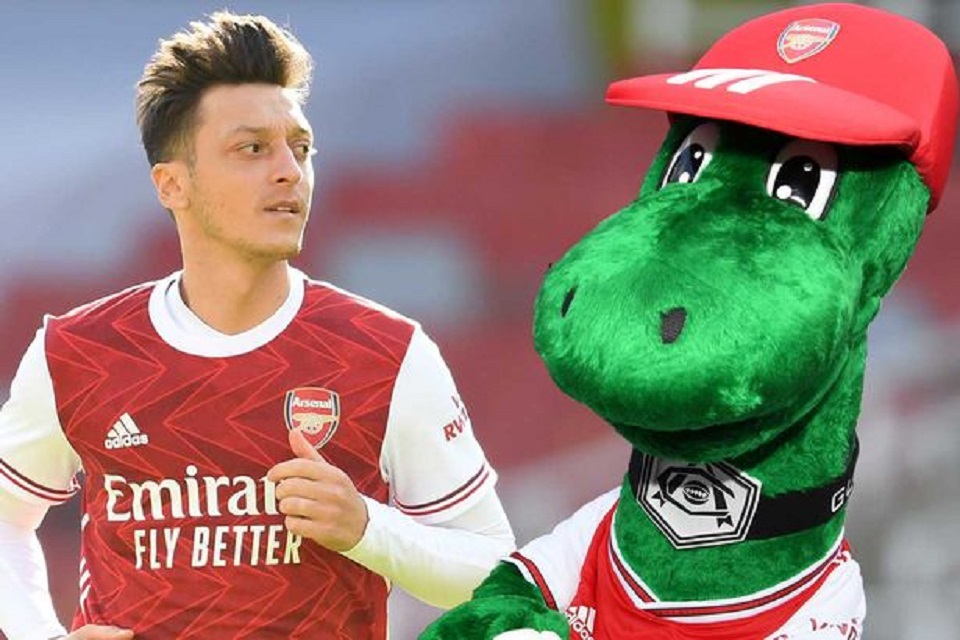 Arsenal’s midfielder, Mesut Ozil, has offered to save the club’s beloved dinosaur mascot, who has been delighting supporters and players for 27 years.

Ozil made the decision on Tuesday after Arsenal had sacked the dinosaur mascot, played by Jerry Quy, as part of a cost-cutting effort that had already led to the elimination of 55 jobs. He offered to pay Jerry’s salary as long as he remains at the club.

He wrote on twitter: “I was so sad that Jerry Quy aka our famous & loyal mascot Gunnersaurus and integral part of our club was being made redundant after 27 years.

“As such, I’m offering to reimburse Arsenal with the full salary of our big green guy as long as I will be an Arsenal player, so Jerry can continue his job that he loves so much.”

Arsenal, however, has said that the mascot was not extinct and would return once supporters were allowed back at English football games after coronavirus safety measures were eased.

“Gunnersaurus will always be an important part of Arsenal and we look forward to him entertaining our fans when they’re allowed back at matches,” the club said in an emailed statement, but adding it could not discuss personal staff information.