Osun Governor Demands Probe of Killing of Youth by SARS 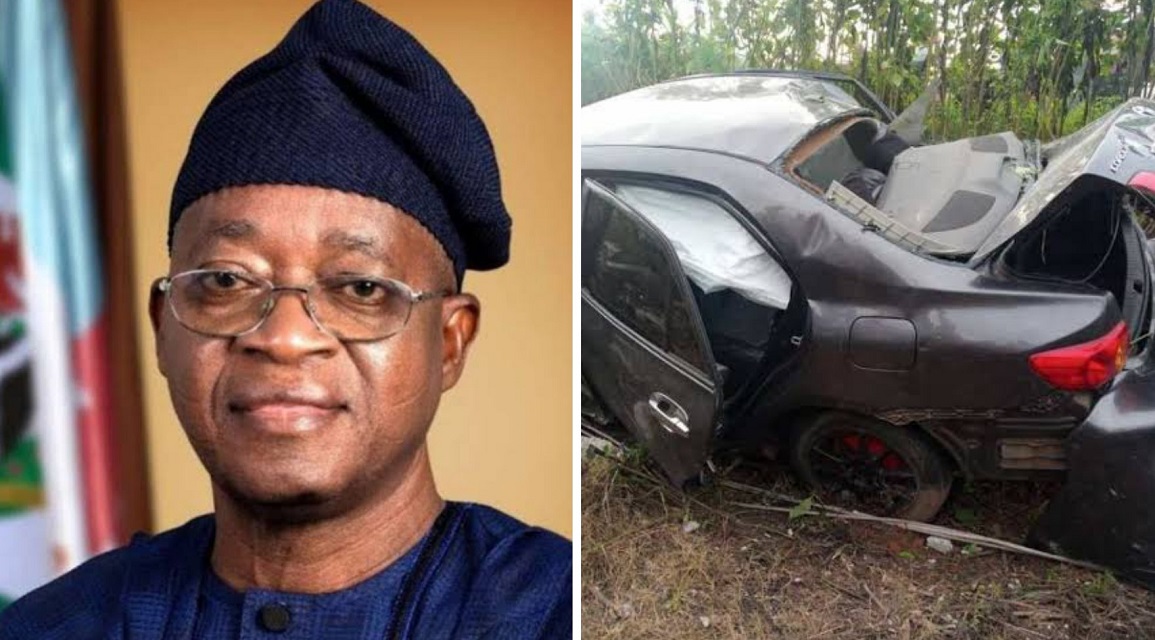 The Governor of Osun State, Adegboyega Oyetola, has called on the Nigerian Police to immediately launch an extensive investigation into the circumstances and events that led to the reported death of a resident of the state, following an alleged chase of a vehicle by the officers of the Special Anti-Robbery Squad (SARS) in Osogbo, the state capital.

The government said it was shocked at the tragedy and the disruption that followed the unfortunate incident.

In a statement signed by the state’s Commissioner for Information and Civic Orientation, Funke Egbemode, the Governor was said to be deeply disturbed by Tuesday evening’s sad events and has asked the State Command of the Nigerian Police to get to the bottom of the matter

“The tragic events that reportedly led to the death of one person on Tuesday evening were both sad and shocking and, he has ordered a full investigation into the circumstances that led to it all.

“To the Governor, all lives matter and nobody has a right under our laws to take a life summarily.

While we appreciate the great job our law enforcement agencies are doing to keep Osun safe, the confusion and disruption to our peaceful state capital on Tuesday needs to be investigated

“We hereby call on the Osun State Command of the Nigerian Police to launch a comprehensive investigation into this tragedy.

In the same vein, the Governor has appealed to the families of the deceased and the injured not to take matters into their hands by hurting more people or destroying properties.

“We implore our citizens to trust the Government to get to the bottom of this sad occurrence.

“Let us all go about our lives peacefully while we await the results of the investigation,” the Commissioner said.

It will be recalled that a protest erupted in Osogbo, the Osun State capital, on Tuesday, after some policemen attached to the Osun Joint Task Force allegedly chased a suspected internet fraudster (yahoo boy) to his death.

It was learnt that the suspected internet fraudster, simply identified as Remi, was pursued alongside three others, leading to an accident on Tuesday evening at an area called East bypass.

The Toyota Corolla conveying the alleged internet fraudster ran into an electric pole and the car turned over. Eyewitnesses explained that while Remi died on the spot, three others who were severely injured were immediately rushed to hospital.