Neymar, 4 Others Sent Off in PSG’s Heated Loss to Marseille 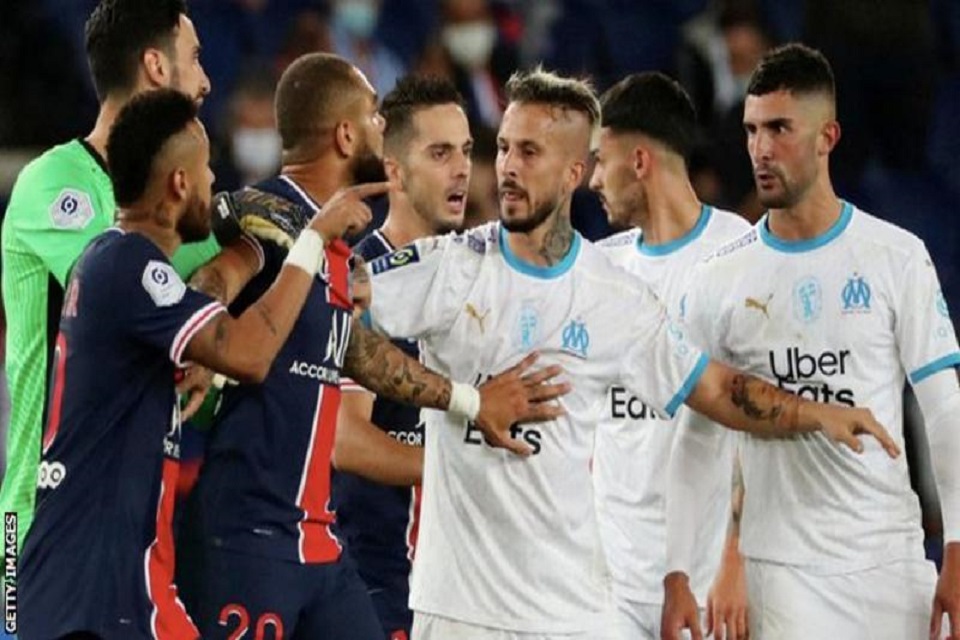 Ligue 1 champions, Paris Saint-Germain (PSG) lost their opening two fixtures in a row after a 1-0 loss to Olympique Marseille in a heated affair that saw five players sent off.

PSG star man, Neymar, who tested positive for COVID-19 before their opening loss against newly-promoted Lens, was sent off in his first appearance this season.

The game, which was watched by a crowd of about 5,000 fans at the Parc des Princes, was undisciplined to the last whistle. There were 17 cards shown, a record for a Ligue 1 game in the 21st Century.

Neymar was sent off after an injury-time brawl; he was shown a straight red card after the referee watched a video assistant referee (VAR) replay of a punch he made on Alvaro, a player he had been in a running battle with.

As he left the pitch, PSG’s Brazil forward told the fourth official he had heard a racist comment.

Neymar after the match posted on social media saying that his “only regret” was not hitting Marseille’s Spanish defender Alvaro Gonzalez in the face, having struck him on the back of the head.

In response, Gonzalez denied claims of any wrongdoing, posting on social media: “There is no place for racism.”

PSG had already lost their first league game of the season to Lens last weekend with ten of their first team players not available for the clash.

This will be the first time since 1978, the Ligue 1 champions have never lost their opening two league matches without scoring a goal.