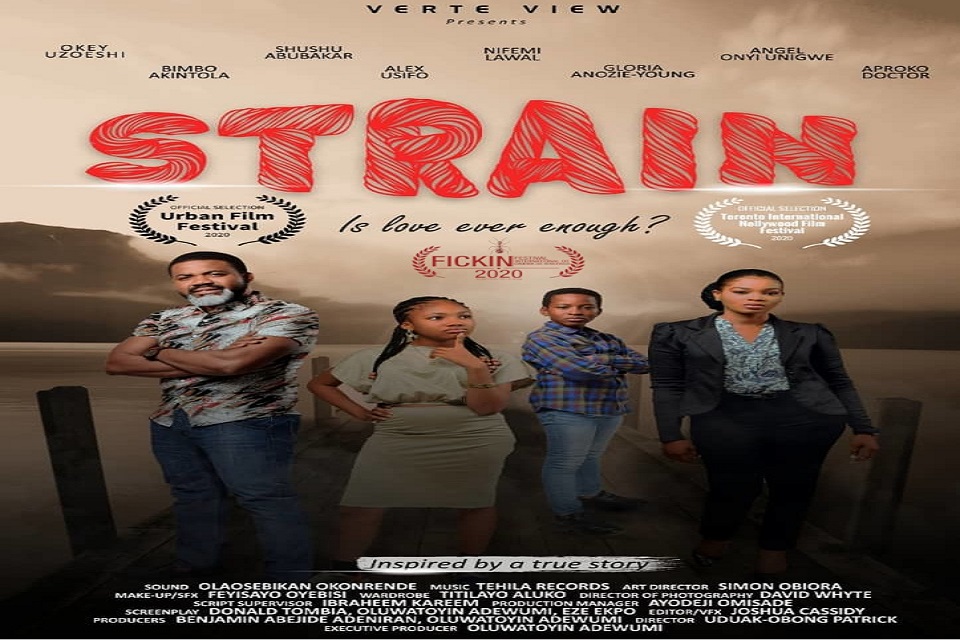 Following the announcement of STRAIN earlier in the year, the yet-to-be-released Nigerian movie has won the award for the Best International Film 2020 at the Urban Film Festival in Miami USA.

STRAIN is a family drama feature film about a family that suddenly discovers that their young son has the sickle cell disease. It is an emotional roller-coaster set to intrigue, entertain and educate its viewers.