K1 Blazes another Trail with New EP, Fuji The Sound 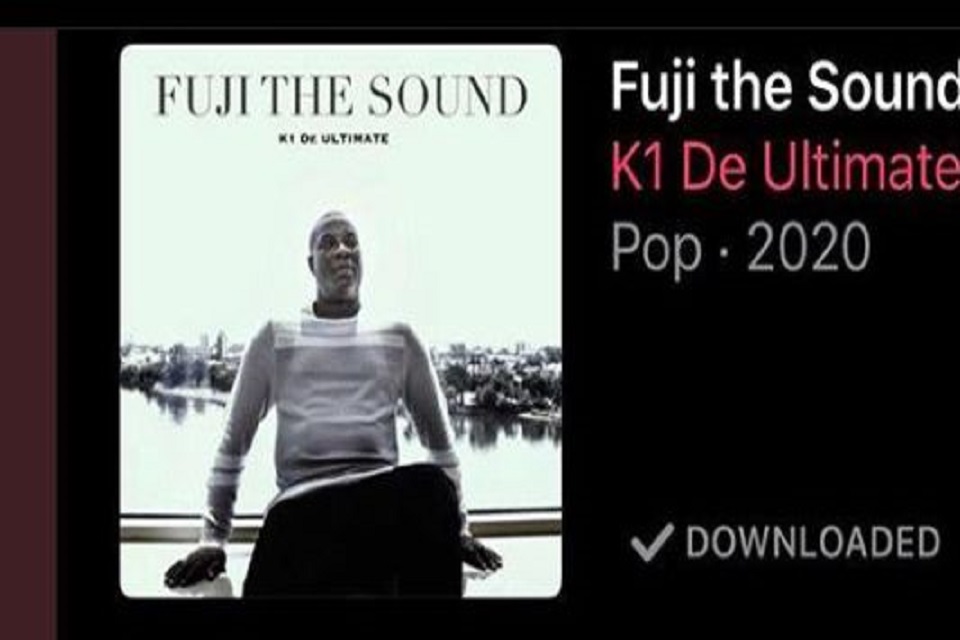 In another grand arrival of what he is known for, music icon and grand-master of the Fuji music genre,King Wasiu Olasunkanmi Marshal K1 has just proved again that he is not just a leader but a trail blazer in the fuji music world with his latest effort aptly titled  ‘Fuji The Sound’

This time around, K1 went deep into his repository of his musical acumen to bring out the much anticipated digital version of the new work (Extended Play) that dropped on the 21 of August 2020.

What made this new musical work different is that for the first time in the world of Fuji music, songs can now be streamed via digital platforms like Boom play, ITunes and other digital stations unlike before, when Fuji music is all about stage performances and albums.

The well packaged EP has tracks like the lovely tune of ‘Awade’, to the up-tempo beat of ‘Maajo Nisho’, the soul lifting track of ‘Thinking About You’, the melodious ‘Omo Naija’, and the classic ADE ORI OKIN, will definitely give you a listening pleasure and keep you well entertained.

The undisputed Mayegun of Yoruba land featured hip hop giant like Teni Makanaki and Toby Grey in the new EP which was produced by international entertainment personality, Bankuli and beat making king Mystro