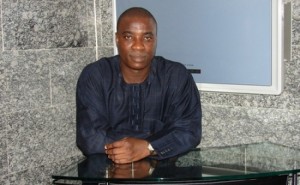 Arrangements have been concluded by Goldberg, a lager beer brand from the stable of Nigerian Breweries Plc, to put the Fuji music on the global map again as the fourth edition of the Fuji music fanfare (a Fuji talent hunt show) begins. An indigenous music platform of Goldberg, Fuji Sowapo has in the last three editions led to the discovery of budding Fuji talents.

The auditions for this year’s edition of the annual activation, which would hold in eight cities, will kick off in Ota, Ogun State on Wednesday. Apart from Ota, other cities where auditions would be held are: Ikotun-Egbeda, Oyo, Ilesha, Akure, Ado-Ekiti, Sagamu, and Ibadan.

Identified talents from the auditions will later converge in Ibadan, the Oyo State capital for the final selection of contestants that will proceed to the quarter final in Oyo, Oyo State.

He disclosed that Malaika; Yemi Sodimu, popular presenter and actor; and Moruf Shadow, National President, Fuji Musicians Association of Nigeria (FUMAN); will serve as panellists for the auditions that would hold in Oyo, Ikotun-Egbeda, Ibadan and Ota. For the remaining Auditions slated for Akure, Ado Ekiti and Ilesha, Agu said Dotun Taylor, filmmaker will join the duo of Malaika and Shadow.

He explained that the music genre has huge followership especially in the south Western part of Nigeria; thereby providing a credible platform for Goldberg to connect and engage its numerous customers.

On the modalities for participation, he said interested budding talents are expected to participate in audition at centers closest to them. Contestants will have about five minutes each on stage to impress the judges at the auditions in order to get into the contest proper.

It would be recalled that Antenna and Twinzobia Twins, the winners of the first and second editions from Oshogbo and Ibadan respectively, are now doing well in their Fuji careers.

Akeem Okiki from Osogbo, Osun State emerged winner of the third edition of the Fuji music talent activation that had over ten thousand Fuji fans in attendance at the Trans Amusement park in Ibadan, Oyo State.

“We encourage youths with talent in Fuji to seize this rare opportunity that comes once a year to proof their talents.” Agu added.

The winner of the contest will be crowned the Wura1 of Fuji Sowapo.