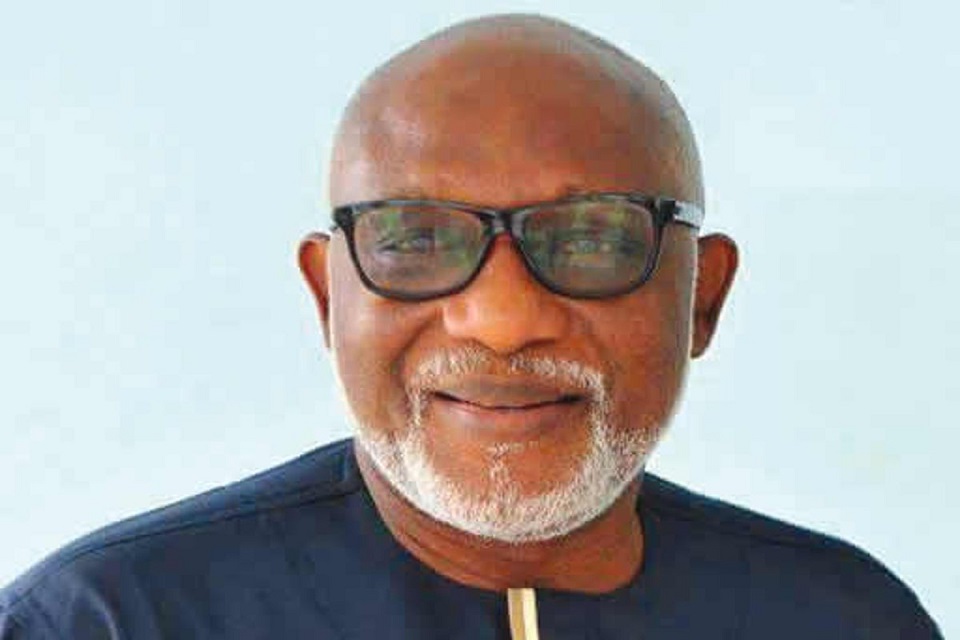 A group known as the Arogbo Ijaw Patriots has accused the Governor of Ondo State, Mr Rotimi Akeredolu of deliberate nepotistic conduct in project execution against the minority Ijaws of the state.

The group in a statement signed by the Coordinator, Mr. Fidelis Soriwei and Secretary, Barr. Bibisa Kekemeke, on Sunday said that Akeredolu has failed to protect the interest of the disadvantaged Ijaw minority in the state.

The group said that it was rather distressing that Akeredolu only focused attention on the development of Ijaw Apoi, his maternal home to the exclusion of the Arogbo Ijaws.

According to the group, the Arogbo Ijaw community has not been so terribly marginalized and treated as an enemy territory by any Governor before Akeredolu.

The duo appealed to the Governor to display the compassion expected of a leader to recognize the fact that Ondo State has two ethnicities: the dominant Yoruba and the minority Arogbo Ijaws.

Soriwei and Kekemeke stressed further that since Akeredolu took over governance in Ondo State, he has executed four budgets totaling N734 billion out of which N310 billion was approved for capital projects.

They expressed shock and disappointment that not even N10 million worth of project was cited in the more populated Arogbo Ijaw part of Ese Odo while the Governor and his deputy moved all the projects to Apoi.

The group challenged Akeredolu and his government to counter the claim if it is untrue by pointing to any such project in the area after almost four years of his administration.

“Ondo State has 18 Local Government Areas and Ese-Odo, the Ijaw Local Government happens to be one of the two oil producing councils in the state. The Arogbo Ijaws are the more populated out of the two Ijaw clans making up the local government area but Akeredolu and his deputy, Hon Agboola only opted to site all road and other projects in Apoi land in a brazen display of unparalleled nepotism.

“Between 2017 and 2020, Akeredolu has had the opportunity to preside over a cumulative budgetary figure of about N734 billion. Out of this figure the Governor allocated about N310 billion for capital projects for four years! We hereby challenge the Ondo Government to contradict this statement of fact and make itself an objective of public mockery.

“We can only plead with the Governor to show compassion as a leader to listen to the cries of the mistreated Ijaws for a likeness of developmental attention.

They added further that out of seven contracts of about N100 million awarded by the Ondo State Oil Producing Areas Development Authorities, four were given to the Ilajes òf Ilaje Local Government Area and three to Ese-Odo, which Akeredolu gave to his mother’s people to the exclusion of Arogbo Ijaws.

The group said that all entreaties of the Ijaw people to the state Government for a bridge across the tiny River Oluwa to link the headquarters of the Ijaw community, Arogbo, with the outside world have been ignored by Akeredolu who is doing bridges on land in other parts of the state.

The recalled that the Governor constituted five state committees including the one on COVID 19 without the inclusion of any Arogbo Ijaw person in the committees.