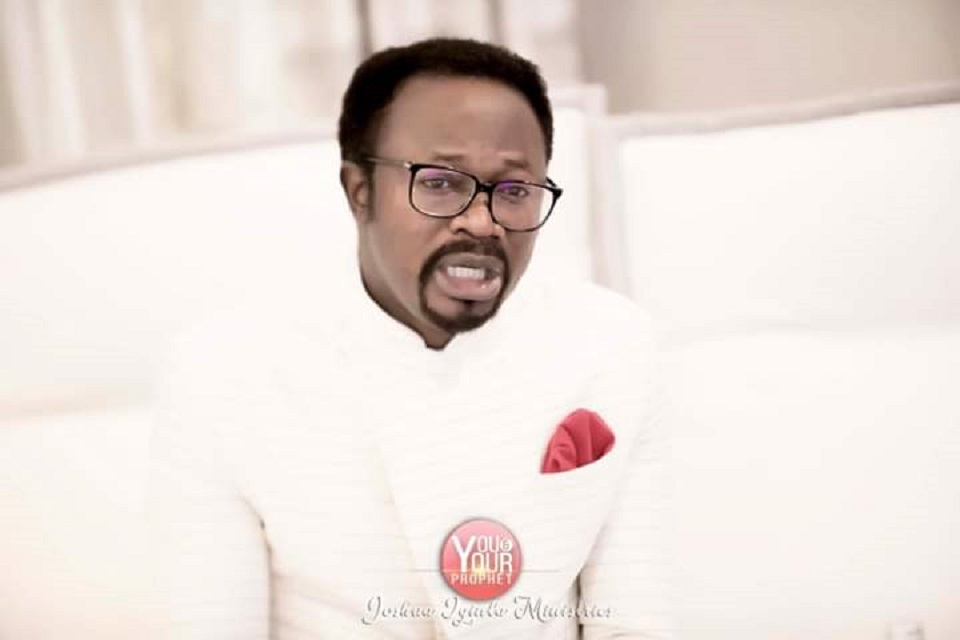 For every glory, there is definitely a story to tell. Prophet Joshua Iginla, a man whose glory is shining all over the world, was a year older on Thursday, May 21, 2020.

The prophetic giant didn’t just emerge as an influential and successful man, there are several mind-blowing stories behind his success.

How would you describe a man who rose from nothing to something, a man who was an object of mockery in town, a man who couldn’t afford to eat a two—square meal a day, becoming a man whom every influential person in the world wants to reckon with.

Joshua Iginla, the General Overseer of Champions Royal Assembly can be likened to one who was never expected to be successful, but against all odds, woke up to success and started living it.

Little wonder, one of the favourite topics to preach for Prophet Joshua Iginla is God’s grace. Of a truth, grace has visited the man of God and decided to live with him for the rest of his life, judging by the success he has attained.

Joshua Iginla, when he started ministry used to hold service in a room where 20 people can’t stay comfortably, meaning he had a very small congregation too but today, Joshua Iginla’s Ministry can boast of a 80,000-seater auditorium built in Abuja and South Africa without the support of anyone. The same Joshua Iginla that had a small congregation can now boast of hundreds of thousands of members who throng his church at every service, including weekdays.

On Every 21st of May, which happen to be his birthday, Brother Joshua Iginla as he loves to be called celebrates grace, and extend that grace to his members, widows, less privileges, well-wishers, to mention a few.

During a birthday celebration, Brother Joshua Iginla once gave out 32 cars, he gave 22 cars out in another. If one is to count the number of cars the man of God has given out, it would be over 200 by now, for someone who had nothing.

Surprisingly, Joshua Iginla has given out houses, landed properties, cash gifts, to the desolates, the needy, widows and placed over 200 people on lifetime salary.

The Nollywood movie industry will never forget Prophet Joshua Iginla for his magnanimity towards actors and actresses. He has given them cars, paid hospital bills of a lot of them, given some of them houses and placed so many of them of life-time salary.

Joshua Iginla, as a prophet has foretold several prophecies that have come to pass. Some of them include the coming of Corona Virus, President Buhari’s deteriorating health condition, the outcome of elections, to mention a few.

No doubt, Joshua Iginla has enjoyed God’s grace, he is a true recipient of God’s grace because it keeps increasing, day by day.

As another May 21 hit the corner, one would remember his popular saying that, it’s not a show off but an opportunity to showcase the mercy and Grace of God upon his life and through him to this generation.

Arguably one of the richest prophets globally with acquisition of private jets, mega parishes across the world and ultra modern buildings home and abroad, yet, he remains one of the most humble clergy who has chosen his resources to impact the less privileged and the needy.

He has finally divorced his wife over infidelity and has moved on permanently with his new wife a prophetess whom we learnt has been a source of peace and happiness to him.