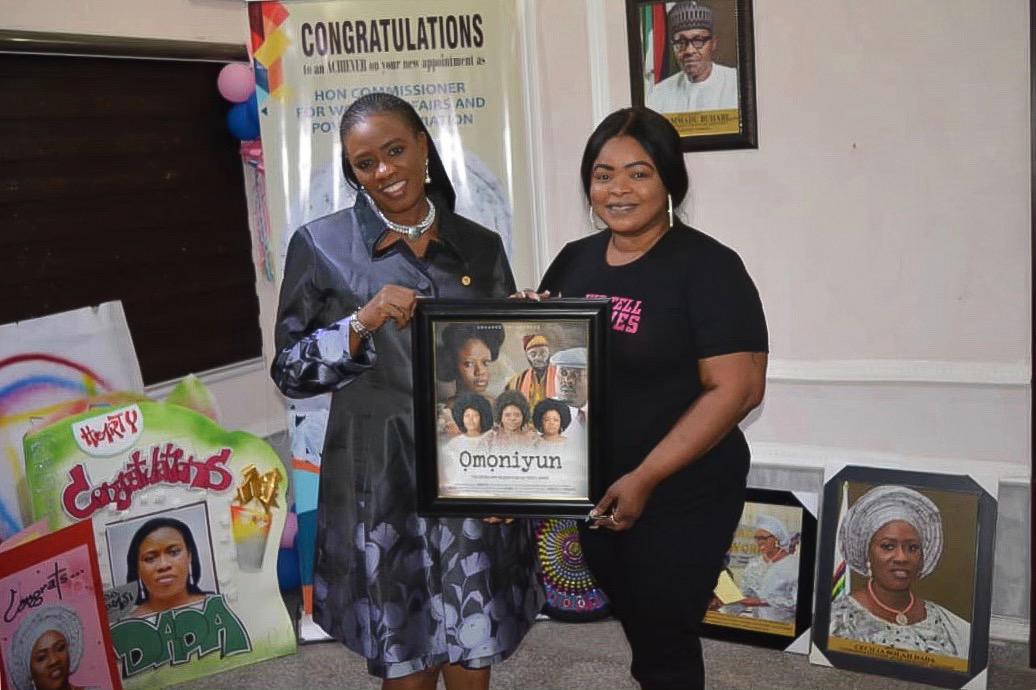 The new flick from talented movie star, Dayo Amusa, ‘Omoniyun’, has received a huge backing of the Commissioner for Women Affairs in Lagos State, Bolaji Dada.

During the courtesy visit, Dayo Amusa was received by the Commissioner alongside the Permanent Secretary in the Ministry, Mr Olayemi Kalesanwo.

After much deliberations and discussions, the actress presented a plaque as well as copies of her much talked about a new movie, ‘Omoniyun’.

In response, the Commissioner received the item with joy, expressing happiness that women like Dayo Amusa, among others, were now playing pivotal roles in the entertainment industry as well as other fields.

The Commissioner charged the actress to continue to use her influence as a role model to sharp the society, assuring her of more support.