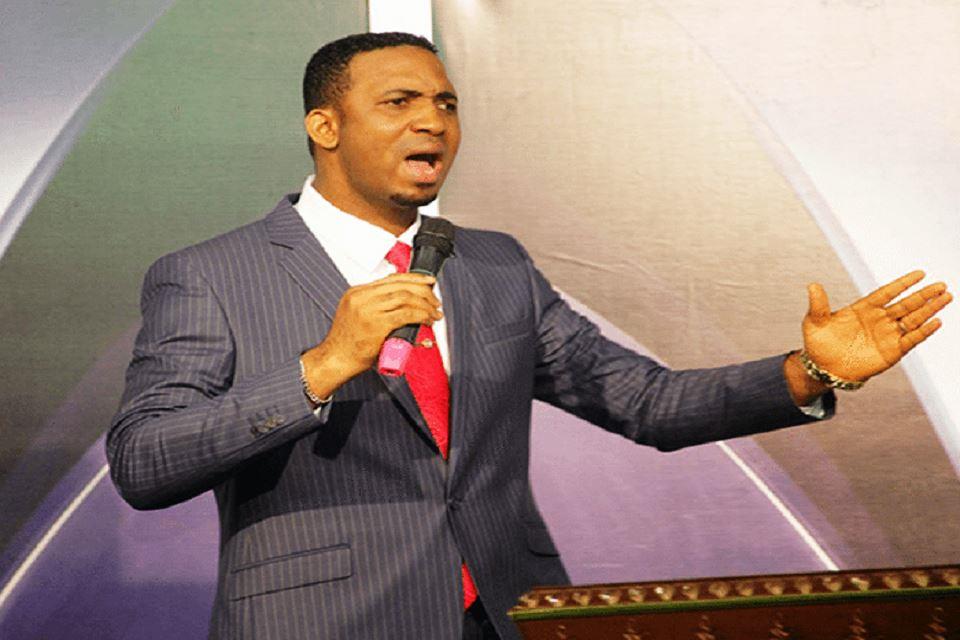 A woman has been set free from the snare of witches after being in their coven for nearly five years, where she was afflicted with pains because of the hatred her mother-in-law had for her.

At a power-packed programme on Sunday, October 20, 2019, the Lord used the man of God of repute, Dr Chris Okafor, to rescue the woman from where she was tied to.

Trouble started for Mrs Bose when she travelled to her husband’s village some year ago for a social function. While at the party, her mother-in-law accused her of causing misunderstanding between her (mother-in-law) and husband.

During the conversation, the woman vowed to deal with Mrs Bose and during her dream that night, three women appeared to her and pushed her on the floor. When Mrs Bose woke up, she found herself on the floor with pain in her hand since then.

Speaking at Sunday’s service, Mrs Bose confirmed that medical doctors could not diagnose her condition and was left to suffer in pain for years. The woman added that she visited several places in a bid to get solution to her problem, but all to no avail until she visited Prophet Okafor, the Senior Pastor at Mountain of Liberation Miracles Ministries also known as Liberation City.

While praying for the woman, the Oracle of God as Pastor Okafor is fondly called, unravelled all the mysteries behind her predicament, noting that her bone was kept at the witchcraft’s coven.

He later prayed for the woman, commanding that her hand to be return back and miraculously, the short fat hand began to grow to normal to its former length.

In fact, the miracle shook the entire church as members were shouting, chanting that Dr Chris Okafor is a Senior Prophet of God. Even the family of the woman was all full of praises.

It was learnt that the Sunday’s prophetic service coincided with the grand finale of the Woman of Zion Convention 2019 and the clergy used the occasion to pray for all women across the world that took part in the programme, declaring that by the next edition, every woman waiting for the Lord for the fruits of the womb would attend the event with their babies.

In his sermon How To Established A Tribe Group/Fellowship In A Church, the man of God remarked that there are lots of benefits one derives if he or she is a functional member of a group in a church. Dr Chris Okafor explained further that every group one belongs to, God uses what one’s contribution to bless them in different ways.