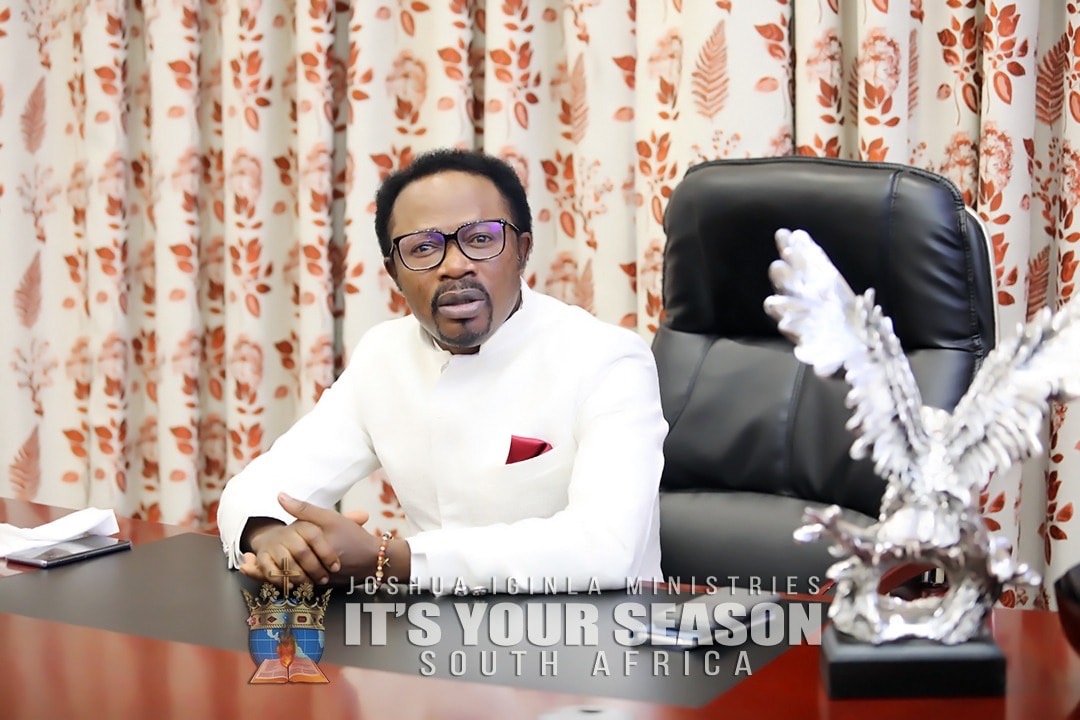 Despite the violent and fatal attacks on Nigerians in South Africa, General Overseer of Champions Royal Assembly, Abuja, Prophet Joshua Iginla, has concluded plans to relocate to the former apartheid country.

On Tuesday, the Joshua Iginla Ministries Facebook account confirmed this development via a post on the page, saying that leader of the church would move permanently to South Africa and would only visit Nigeria occasionally for programmes.

According to information flying around, Prophet Iginla took this decision after he visited the country for a special event and the children of God in the nation begged him to stay with them to guide through.

It was learnt that the cleric held a crusade at the Johannesburg branch of the church and had lots of nationals in attendance, including people from neighboring African countries, who wanted to witness the raw power of God through the Prophet.

It was a haven of unity where South Africans, along with other African nationals, forgot about their differences to get healings over their bleeding hearts.

In the course of this crusade, the unusual happened. Those with ailments were made whole, the lame walked, the blind saw, deliverance occurred, amongst many others.

After the crusade, Prophet Iginla was asked to remain in the country, insisting he stays as the Prophetic General of South Africa.

After considering the request, the man of God agreed to stay and guide the nation to prosperity. He has also decided to establish another TV station known as Champions TV Plus and another City of Wonders in the country.