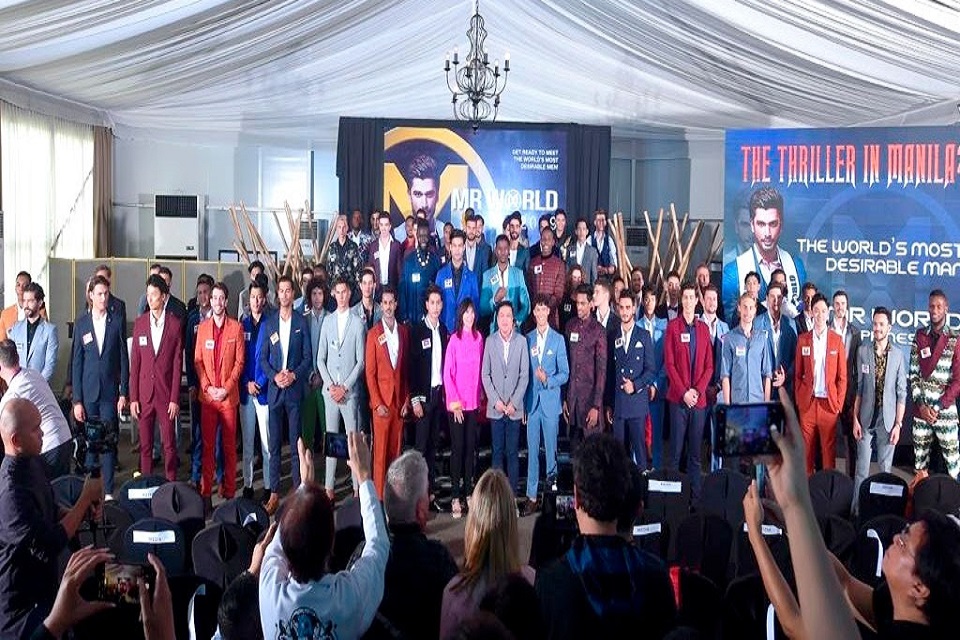 Contestants for this year’s Mr World have arrived in Manila, Philippines, with the final set for Friday, 23 August at the Smart Araneta Coliseum, one of Asia’s largest indoor arenas.

This year’s contest is set to be the biggest and most successful event in the history of the competition. Contestants from across the globe will compete in a three-week once-in-a-lifetime experience, as they battle it out to discover who should be declared ‘The world’s most desirable man’.

In a series of Mr World challenge events, contestants will test their physical and mental endurance in different ways.

Organisers will put them through the Extreme challenge, which will put contestants through their paces at the intensive Special Action Force (SAF) commando training school in Santa Rosa, Laguna province. Living in tents, the contestants will face their toughest test of physical strength and endurance

There is the Sports Challenge for a test of skill, discipline and athleticism, talent and creativity to know about a contestant’s finesse, technique and their dedication as they take to the stage to impress the judges.

There is also the fashion, which looks at the men getting it right in the style stakes as well as the multimedia, which looks at their charisma and how contestants present themselves and how they engage and interact with an online audience.

Julia Morley, Chairman and CEO of the Miss World Organisation said: “We are excited to be here in the Philippines with representatives from around the world. Over the next couple of weeks, the contestants will take part in a number of challenges that test the true qualities of a man. We have had such a wonderful welcome from the Filipino people, and we are looking forward to getting to know them better, taste the local food and understand the culture.”

Arnold Vegafria, National Director of Miss & Mr World Philippines said: “With all the accolades we have achieved for Miss World Philippines, I feel that it’s time to promote male pageantry as well. What better way to do this than to have the equally prestigious Mr World right here in the Philippines?

“I would like to thank the Mr World organisation for choosing the Philippines as the venue for this year’s contest.”

“For me, this is also a very viable platform for promoting the Miss & Mr World organisation’s noble advocacies and charities and is also a very good way to promote Philippine culture and tourism.”

Reigning Mr World, Rohit Khandelwal will be on stage at the final to pass over his reign as the ‘World’s most desirable man’ to his successor, Mr World 2019.

The live event will be broadcast to a global audience. A full list of broadcasters will be published and for the first-time fans will have the ability to watch the action unfold on pay per view on the Mr World website www.missworld.com/#/mister