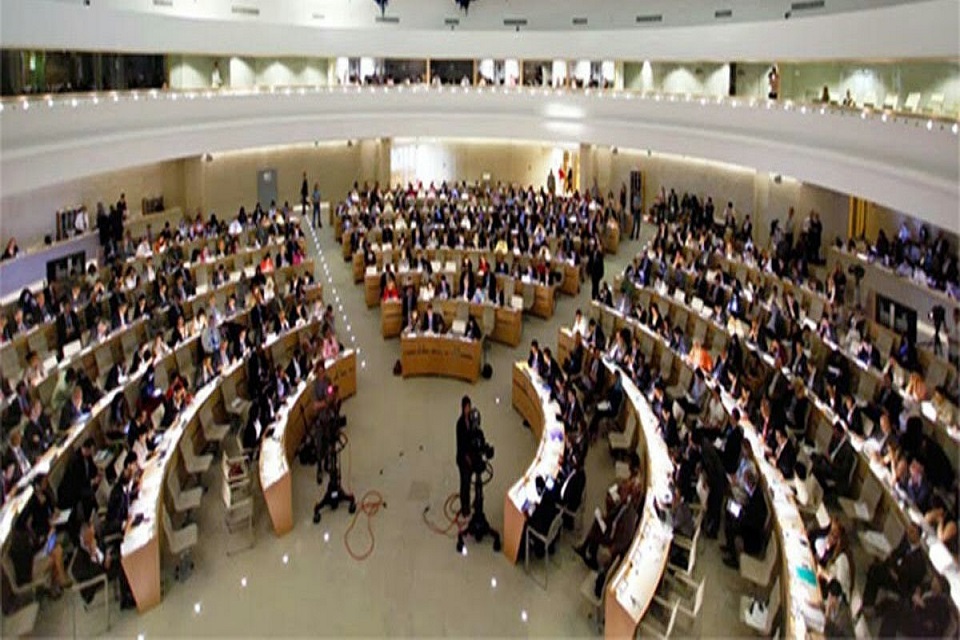 At the UN Human Rights Council meeting on Monday in Geneva, African countries called on the international community to end its double standards and hold Israel accountable for its continued violations of Palestinian human rights.

By overlooking Israel’s consistent refusal to comply with international law and UN resolutions, the international community is practicing double standards. This was the message that African countries delivered on Monday at the 41st session of the United Nations Human Rights Council (UNHRC) in Geneva.

Speaking at a general debate on Item 7 of the UNHRC agenda (the human rights situation in Palestine and other occupied Arab territories), the 54 member-strong African Group, represented by Angola’s André da Conceição Domingos called on the world to act urgently to end Israel’s military occupation of Palestine and the blockade imposed on the Gaza Strip. The group also called on Israel to end its construction of illegal settlements, and the imprisonment of thousands of Palestinians and other collective punishment measures against the Palestinian people.

Representing 28% of all UN members, the African Group reminded the UNHRC of its obligation to act immediately to ensure that the Palestinian people are able to realise their right to self-determination, justice and freedom.

Representatives from Western and Southern Africa also made individual submissions re-iterating the need for Israel to respect international law and co-operate with the UN.

Nigeria’s representative, Muhammad S. Isa, noted with concern Israel’s continued occupation of Palestine and its lack of will to implement the resolutions adopted by the United Nations.  Abuja’s representative stressed the need to avoid double standards in the implementation of international law and human rights and demanded accountability from Israel in this regard.

Namibian representative, Penda Andreas Naanda, said that by overlooking Israel’s consistent refusal to co-operate with UN mechanisms, its expansion of illegal settlements and annexation of Palestinian land, the world is sending an ambiguous message to Israel. “These are double standards that must be avoided,” said Naanda.  Naanda also called on the UN to publish a database of companies operating within Israel’s illegal settlements.

Senegalese representative, Amadou Dame Sall, condemned Israel’s restrictions on Palestinian freedom of movement, the expansion of Israel’s colonial settlements, the blockade of the Gaza Strip, and Israel’s disproportionate use of force against Palestinian civilians. “There is no other alternative but to allow the Palestinian people to take their rightful place among the community of nations: to end the occupation,” said Sall.

“Israel’s occupation is virtually indistinguishable from annexation,” said Pretoria’s representative, Nozipho Mxakato-Diseko. Mxakato-Diseko condemned Israel’s theft of Palestinian water resources and pointed out that while Israel markets desalination and water technology to the world, it is responsible for water scarcity in the Occupied Palestinian Territories (OPT).

Representatives from Djibouti, Mauritania and Botswana also addressed the gathering, and spoke of the need for Israel to stop the construction of illegal settlements and adhere to international law.