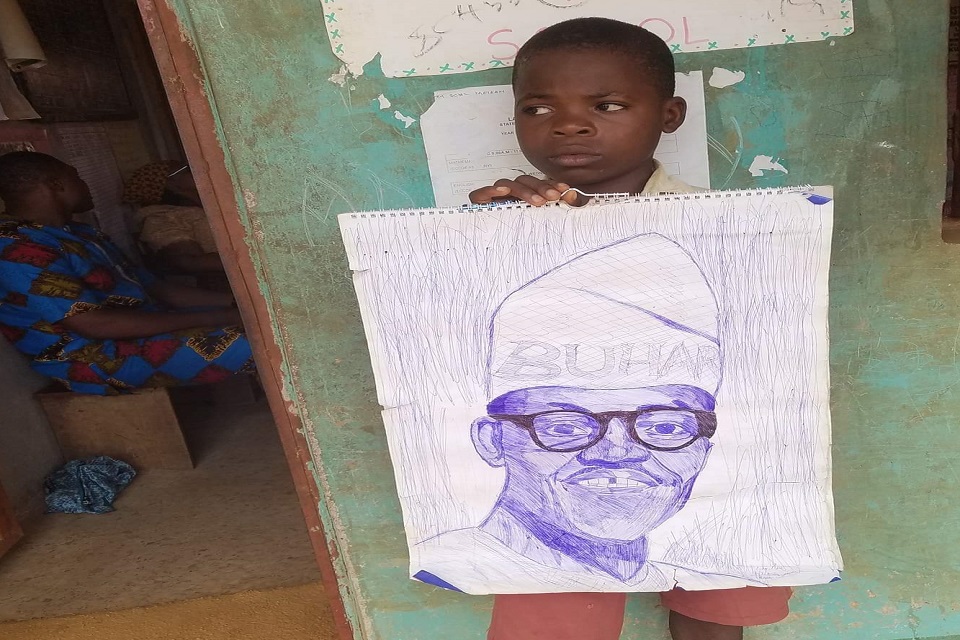 The immediate past Minister of Information, Lai Mohammed, has commended Fuji music, Wasiu Ayinde Mashal, popularly known as K1 De Ultimate, for showing commitment to education in the country.

The former spokesman of the ruling All Progressives Congress (APC) applauded the musician when he (K1) met representatives of Lagos State government and African Church Primary School, Meiran, over his promise to sponsor the education of Oluwatobi Ilelolawa, the 12 year-old primary six pupil of the school, who sketched President Muhammadu Buhari’s portrait with pen without any alteration few days ago.

The former Minister urged other well-meaning Nigerians to emulate the popular artiste and support indigent pupils in the society.

At the presentation of the kid artist to K1 at Radisson Blu Hotel, Lagos, the musician said he was committed to the sponsorship of the boy in line with the vision of his 26 year-old foundation, which was established to help him contribute meaningfully to the society.

The issue was brought to the attention of the Fuji icon few months ago by his publicist, Kunle Rasheed, following a Facebook broadcast by the Editor, Brands and Marketing of THISDAY Newspapers.

While assuring the parents of the boy that he would henceforth shoulder all financial responsibilities to educate the boy, he urged them to guide and monitor him very well.

“As a young boy who is talented, I think the best thing people like us should do is to support him. By doing so, we are not only touching lives but helping the society to grow.

“I have always maintained that government alone cannot do it, hence the need for individuals and organisations, who have the means to sow seeds that would promote development and touch lives by contributing to the society,” he said.

K1 described the boy as a raw talent that must be guided, supported and not allowed to waste, saying “I was touched when the story was brought to my notice and I see it as one of those things one can do to impact the society.

“Education is key to success and who knows the boy we are talking about may be a governor or President in the making. He may become another Ben Enwonwu, Bruce Onobrakepya, Wole Soyinka or an international artist of repute in the future. If the society fails to give him the needed support now, posterity will not forgive us. This is the time to lift a hand and groom a talent for posterity.”

Responding on behalf of Lagos State Ministry of Education, the Education Secretary, Alimosho Local Government, Alhaja Airat Mojirade Alamu, expressed her gratitude to the Fuji star, adding that his decision to help the boy would send a positive signal to other prominent people in the society on how to impact lives.

The Education Secretary, who was represented by Mrs Yetunde S. Alimi of School Support Services, prayed that God will continue to bless K1 to be able to impact more lives.