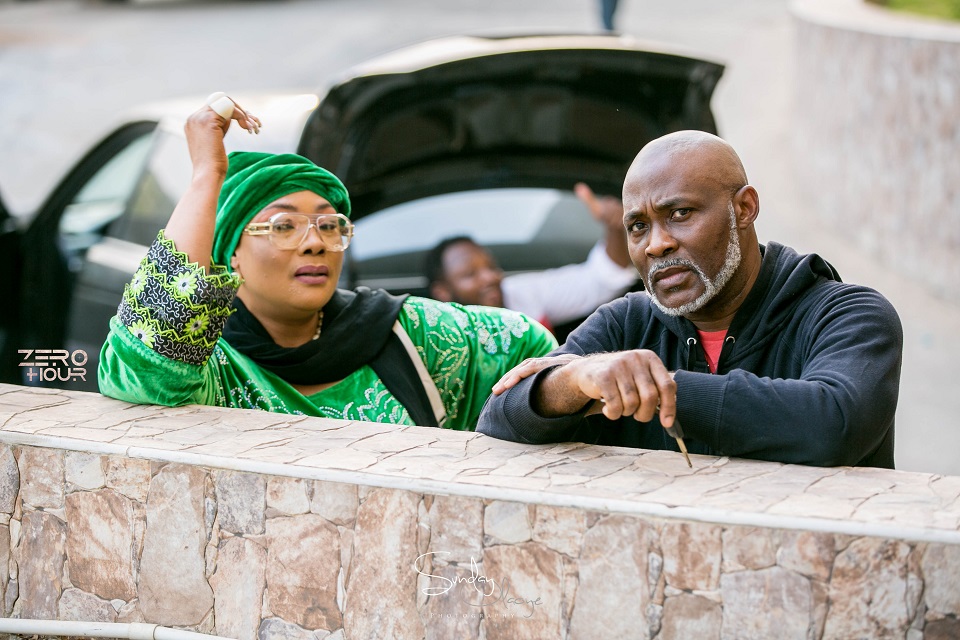 One of the stars of yesteryears, Eucharia Anunobi, has decided to take another shot at the profession that made her the darling of silver screen.

During the peak of her profession, Eucharia of the Glamour Girls put smile on the faces of her fans and this alone made her one of the favourites to watch out for on movie jackets.

But for a while, she stayed away from the industry, preferring to focus on winning souls of Christ. She even took a step further to go deep in her new-found love by taking theological courses.

However, despite being an ordained preacher of the gospel, Eucharia still has a soft spot for the make-belief industry and this informed her decision to accept a role in a new flick titled ‘Zero Hour’.

‘Zero Hour’ is a thriller from the director of the celebrated ’30 Days in Atlanta’ and ‘A Trip To Jamaica’, Robert O. Peters.

A collaboration of Galaxy Transportation and Construction Services Ltd, as Executive Producer; Native Media; Whitestone Pictures; and FKD Productions, ‘Zero Hour’ tells the story of Zamani (Alexx Ekubo) an only child and heir apparent of the CEO of Galaxy Ltd., who returns to take back his father’s business empire. In the mix are; his uncle and guardian, Danlami Davou (RMD), his cousin Awwal (Ali Nuhu), and his love interest, Zee (Rahama Sadau).

According to Ofime, producer of popular series, ‘Tinsel’, ‘Zero Hour’ which was largely shot in Abuja, had the support of the FCT’s biggest fashion houses like Vodi, Eljargo Couture, Pink Fleur, Sly Royal and Grazee Stiches.

Distributed by Genesis Cinemas, real buzz for ‘Zero Hour’ began, after an official trailer was released on February 18, 2019, gaining large tractions on the internet ever since. The movie which has been hailed by fans for picture quality and high design elements is also notable for its selection of cast across the Southern and Northern Nigerian film sectors, and showcasing a versatile actor like RMD in a different acting experience.