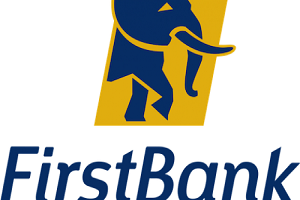 Some family members of the late Edo State-born billionaire, Samuel Aideyan, are not happy with First Bank Nigeria Limited.

According to the aggrieved family members, the financial institution could have prevented the crisis presently rocking the family if the bank had earlier taken some steps, especially by raising red flags when some huge amount of money were being moved by one of the family members.

But First Bank, which spoke with SocietyGists on the matter through its Head Media and External Affairs, Babatunde Lasaki, said, the company does not meddle into family issues.

“We really don’t have any comment on this, as you can see it is a family issue and we won’t meddle into that.

If the complainants feel cheated they know how to go about it. So, we don’t want to say anything on it for now,” Lasaki was quoted to have said.

Aproko247 learnt that trouble started when the late billionaire died in 2011 and one of his sons took over his business empire and moved huge sums of money domiciled with First Bank to his account also with First Bank.

Pa Samuel Aivinhenyutomwen Aideyan established what was then known as Aideyan Brothers Bookshop in 1953, in Benin City, then a part of the old Western Region.

In its own sector of business, Aideyan Brothers Bookshop earned its leading position along the West African sub-region due to its large stock of diverse and affordable office, educational and printers’ supplies and sports goods.

The late S.A. Aideyan incorporated the thriving business as Aideyan Bookshop Limited, under the Companies Decree 1968, on August 7, 1974.

He held these shares and debentures for himself, his company, Aideyan Bookshop Limited and his son, Mr. E Aideyan, who lives abroad, in three different portfolios managed by Foresight Securities and Investments Limited.

These portfolios comprises those held in the names of Aideyan Bookshop Limited, a corporate being, worth over N1Bn; Mr. S. A. Aideyan (the Founder, Chairman and Managing Director of the bookshop chain, worth over N800 million and Mr. E Aideyan, the son of the Founder based in the United State of America, worth over N900 million in shares and stocks.

In the aftermath of the death of Pa S. A. Aideyan (the Founder, Chairman and Managing Director of Aideyan Bookshop Limited), on August 13, 2011, one Mr. Amadin Aideyan (the 16th child of Pa Aideyan), effectively usurped the power vested in the Managing Director and turned the company’s coffers into his Automated Telling Machine (ATM) as he made a frontal attack on the company’s accounts held with First Bank plc.

Amadin Aideyan who was delegated to work with the ageing Founder, took advantage of Pa Aideyan’s visual impairment that later snowballed into total blindness that rendered him incapable of taking or executing crucial and critical decisions and other actions like signing cheques, withdrawals, statements of accounts etc, when he was alive.

With the sole responsibility of overseeing both the company and Pa Aideyan’s personal bank transactions, among other functions, Amadin took advantage of being the one vested with performing those duties until a proper reconstitution of the bookshop is Board of Directors that had lost Mr B Aideyan to the cold hands of death in 2003 and later Pa Aideyan, himself in 2011.

Since then and now, the said Amadin has maximised and utilised the executive powers that devolved on him as a stopgap measure, to shut out his other siblings in the Aideyan household for his personal benefit.

It is in order to shore up these temporary powers that he (Amadin) appropriated the finances of both the bookshop company and his father’s account and the shares/stocks of Mr. E Aideyan.

In the process he threw overboard all moral, legal and conventional standards, without leaving any modicum of self-respect or for that of others.

A major aspect of Amadin Aideyan’s relentless war to ascribe the ownership of Aideyan Bookshop Limited and other associated assets (but less the liabilities) to himself, is his trademark attitude of leaving no grey areas between the finances of late Pa Samuel Aideyan and that of the company, Aideyan Bookshop Limited, in the assault he made against the various accounts held with First Bank plc.

It is a matter of fact that Amadin, as the self-imposed “Managing Director” of Aideyan Bookshop Limited and his prized possession of late Pa Samuel Aideyan’s cheque books, share certificates (including those of the bookshop and Mr. E Aideyan) and other financial instruments, laid a siege on the First Bank by withdrawing humongous sums of money from the founders accounts into new ones opened by him for extralegal purposes, without any due approval by the Corporate Affairs Commissions recognised Board of Directors or any other organ duly recognised and mandated by the company’s extant Articles and Memorandum of Association.

Three days after this last payment (i.e February 25, 2011), Amadin withdrew the sum of N13.5 million from the same First Bank Account No 1102010000444, which he confessed to so do during interrogation at the Port Harcourt Zonal Office of the Economic and Financial Crimes Commission (EFCC), following his arrest in April 2016.

He (Amadin) also confessed to not remembering what he actually expended the huge sum and others too numerous to list out here, for.

In fact, he boasts openly, in Benin City, Edo State that he has the EFCC in his pockets and have no reason to be afraid of being rearrested.

It is assumed that the issue (among others), is still within the purview of the PH Zonal Office of the EFCC.

Amadin emptied the finances in the old accounts of the Founder, Pa S. A. Aideyan and that of Aideyan Bookshop Limited into the escrow accounts he, surreptitiously, opened for the self-serving purposes, with the help of his maternal uncle, who also doubled as his lawyer.

It is no gainsaying the fact that Amadin Aideyan’s acts of oppression, repression, flagrant impunity and consolidated animus, have inflicted incalculable damage on the family’s common patrimony and by extension, the Nigerian economy, considering the avalanche of available incriminating indices and evidences, in his destruction of Aideyan Bookshop Limited and raping its tills and appropriating Pa Aideyan’s enduring legacy.

In the meantime, Amadin has continued to balkanize, strip and sell property, land and movable possessions of Pa S. A. Aideyan and Aideyan Bookshop Limited to the detriment of the 25 other children of the bookshop Founder, at giveaway or “promo” prices to maintain his profligate lifestyle.

At Benin, with the parties in the matter, including one of the lawyers, SocietyGists wrote to the zonal office, Port Harcourt, requesting for the EFCC’s position on the matter, to aid our reportage in the below details:

In January 2015, Oghogho Irabor, Amadin’s sister filed a petition with EFCC and the case was investigated.

On April 9, 2016, after the EFCC did their investigations, the EFCC came heavily armed with 7 operatives to arrest Amadin Aideyan on April 9 2016 on fraud related issues from PH Zonal office.

On April 29 of 2016, in a conference with all parties at EFCC office in Port Harcourt, the alleged fraudster, Amadin Aideyan admitted to the fraud of withdrawals of over 15 million Naira from Pa S.A Aidenyan, their late father’s First Bank account, and the movement of the Properties of the bookshop to a different location, which he promised at the EFCC office in Port Harcourt, that he will take EFCC to where he kept those things when they arrive Benin again.