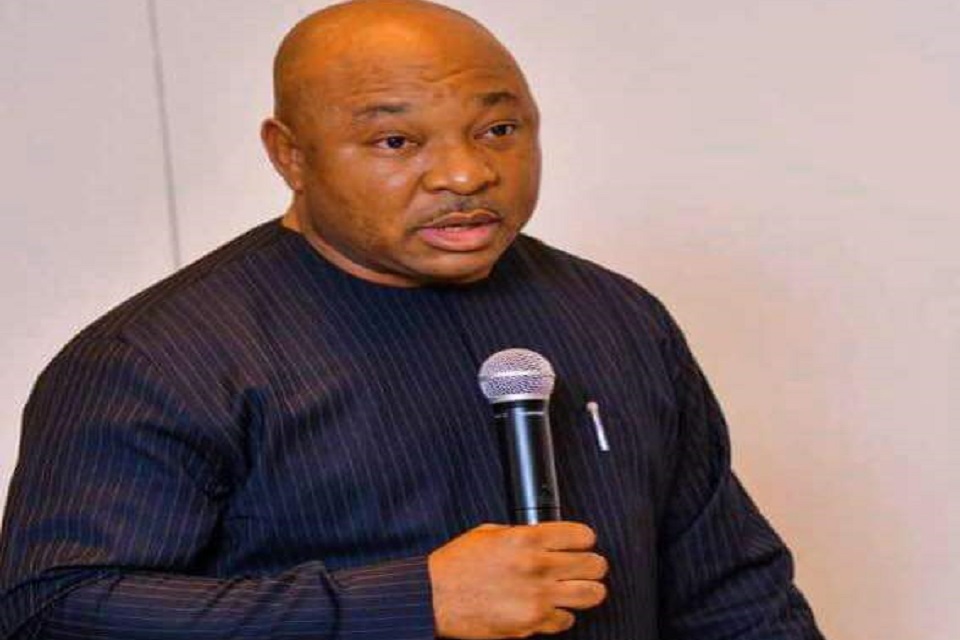 The people of Kogi East Senatorial District are in for a brighter future in 2019 and beyond as Dr. Victor Alewo Adoji, renowned technocrat throws the hat in the ring for the 2019 senatorial elections. Dr. Adoji is gearing to represent the senatorial district at the National Assembly. Already, there have been wild excitements everywhere you go as the electorates believe Adoji’s representation will be a sign of good things coming to the senatorial district.

Those spoken to said they were already heaving sighs of relief even though he has not yet won the seat, as they believe in the capabilities of Dr. Adoji to turn things around at Kogi East.

Dr. VAA, as he his fondly called, is regarded as a generous man, who has affected many lives both in the state and in other parts of the country. His aspiration to contest for Kogi East Senatorial District of the state is borne out of his zeal to enhance development in the state.

It was gathered that unlike some rich men who spend their money only where business relationships and connections can be fostered, Dr. Victor is noted for his generosity especially to those exposed to the scotching heat of poverty and wretchedness.

A Kogite, who gave his name as Johnson, stated that Dr. Victor gives to those who can hardly afford three-square meals.

“Now what does this mean to a rational Kogite? Of course, it portrays Dr VAA as a true definition of cordial relationship between the rich and the poor, the low and the mighty.

“Victor, as a genuine Christian, understands that whatever God gives him is for the benefit of mankind.

“Apart from these, identifying with the poor and the vulnerable shows his staunch belief and strict adherence to equality.

“He believes that all of us are equal irrespective of religion and social differences,” the Kogite said.

Investigations revealed that Dr VAA’s humane formula is a proof that he is a talent hunter, and that he seeks and invests hugely in uncommon, but dying talents among Kogites, particularly those of Igala extraction.

Commenting on the philanthropist, one Oluwasegun from the state revealed that he received calls from employees, whose fortune had been changed dynamically by Adoji, adding that such people are currently meeting their daily needs conveniently from their various employment.

He said: “Without apology, Dr. VAA’s benevolence cannot be over-emphasized, even those sponsoring criticism against him know.

“Yet, some paid hooligans mischievously insinuated that Dr VAA hates anyone who is succeeding.

“They even went further to cite the example of an Igala guy, who suddenly became Victor’s arch-enemy because he is studying in the UK. Well, let me apologise for being unable to find a word that could best describe the sponsors of these lies from the pit of hell.”

A source in the state said that for posterity sake, Dr. Victor Adoji’s senatorial aspiration symbolises a revolution from hardship to abundance, darkness to light; political bondage to freedom amongst other numerous benefits that would accrue to the people once he gets into office.

He added that contrary to some ‘psychopathic insinuations’ that Dr. VAA was seeking riches and worldly connections with his ambition, his victory at the polls will lead to an era of transparency and accountability.

According to him, it will be the beginning of giving true dividends of democracy to the people, and that it will be a time when a leader will be accessible to the electorates.

“Kogi East Senatorial District happens to have produced the largest local government in West Africa (Dekina), yet it hasn’t witnessed any tangible development due to poor representation in the legislature.

“Hence, there is an urgent need for the right technocrat to be in charge of legislation in the district to present bills and motions in an appropriate manner for the benefit of the constituents.

“Dr. Adoji has demonstrated his capacity in these areas. He has participated fully in the duty of uniting Igalas.

“He has put strategies and suggestions forward to the betterment of our people both at home and abroad.

“Ufedo, Udama Unyogba Ane Igala, an Abuja based NGO, testified to this when it made Dr. VAA chairman at one of its annual conferences. Members of Igala Association, USA were also living witnesses when Dr. Victor served as one of the dignitaries that graced their gathering few years back.

“Dr VAA’s message has been no to nepotism, marginalisation, self-centeredness, social and ethnic differences. As a matter of fact, Victor is the ladder which the people of Kogi East should climb for socio economic and political revolution,” he said.

We were informed that the battle for a better Kogi East Federal Constituency will not be won with politicos and politicking, but with purposeful, visionary candidature with well-defined attributes both intellectually and politically.

A concerned resident of the senatorial district, who simply gave his name as Jacob, said that “just as an African democratic hero puts it; I am sick and tired of the crumbs of compassion thrown from the table of those, who consider themselves my lords and masters, I want a full menu of rights.

“It is far beyond the loyalty syndrome or the crumbs of compassion mentality. The election will not be won by politics of cluelessness. But it will be won by a man with a core Godly mindset with genuine and qualitative leadership attributes.

“This is where Dr. Victor Alewo Adoji belongs as the most credible candidate for the highly demanding assignment. He has laudable achievements of immeasurable value to his credit. Above all, his life personifies an act of Godliness, which gives a leader an opportunity to serve well,” Jacob added.

We were told that Dr. Victor Alewo Adoji’s mission and vision towards Kogi East Senatorial Districts could be described as that of Moses, who was sent by God to lead the Isrealites to their Promised Land (Cannan).

It was learned that his huge investment in Igala sons’ and daughters’ academic career shows a greater light on the horizon for the confluence city.

“So, let’s see it beyond sentiment and stipends with which our destiny is always exchanged and vote Dr. VAA as the people’s senator in 2019. His campaign, which will commence shortly, is a moving train that will hold sway on every nooks and crannies of Kogi East.

“Hence, people of like minds must join this train to vote out poverty, hunger, bad road and other issues that have threatened our very existence as a people,” said a Kogite, Mr. Oluwanisola.

“As a bonafide indigene of Dekina LGA, I know the general language when it comes to infrastructural development.

“Our people are used to the dilapidated state of roads, electricity, water and other social amenities. In fact, as economically viable as the land is, no tangible developmental project has been done in the area over the years.

“Therefore, if there is anything called struggle for a better Kogi Eastern Senatorial district, that alone I am willing to shed my blood for because my root and the people of the area have fallen victims severally to economic and political misrepresentation,” Victor Adoji was quoted to have said at a gathering recently.

A Kogite, who was reacting to an article written by Mr. John Paul with the title, “Dr Victor Alewo Adoji is a star in the Darkened skies” testified to Dr. VAA’s generosity this way ; “Bros thank you for that wonderful piece. I owe everything I am presently to God and Dr Adoji.

“I lost my dad when I was in SSS two and after writing my SSCE, I lost hope of going to the university.

“So, I started living the normal guy life. But on that memorable morning, I was in the church (United Evangelical Church) playing the musical instrument as usual, when I met Dr. Adoji.

“After the people had given offering, Dr. Victor asked me publicly about what I was doing for a living. I told him I had been writing JAMB for four years now, but that I was unable to secure admission due to financial constraint.

“Behold! The man of God said to me that God told him to see me through the university. Right now, I am in 300 level in the university. We are about 10 students in my school that are being sponsored by Dr. VAA.”

Another Kogite, a Muslim-turned-Christian lady from Ogun State, said that she was subjected to constant torture by her very dedicated Muslim, but poor family, for accepting Jesus Christ.

The lady stated that she was actually able to complete her secondary school education with the help of the presiding minister in her local church before the pastor was transferred from Ogun State to Lagos State.

She however, said that her story changed completely the day she visited the pastor and his family in Lagos, where she met Dr. VAA, who she said later gave her scholarship for her university education.

Our investigations revealed further that Dr. Victor Alewo Adoji has all the qualities to represent his people at the red chamber and that he would do his best to attract more developments to the senatorial district in four years.

He is a fellow of Institute of Credit Administration (FICA) and an International Certified Credit Fellow (ICCF). He is a member of several professional and academic bodies in Nigeria and beyond. He has won numerous awards over the years in recognition of his meritorious and excellent.

He was deputy editor, the business section of the Northern-based Concern magazine and joined the services of Zenith Bank Plc in 2000.