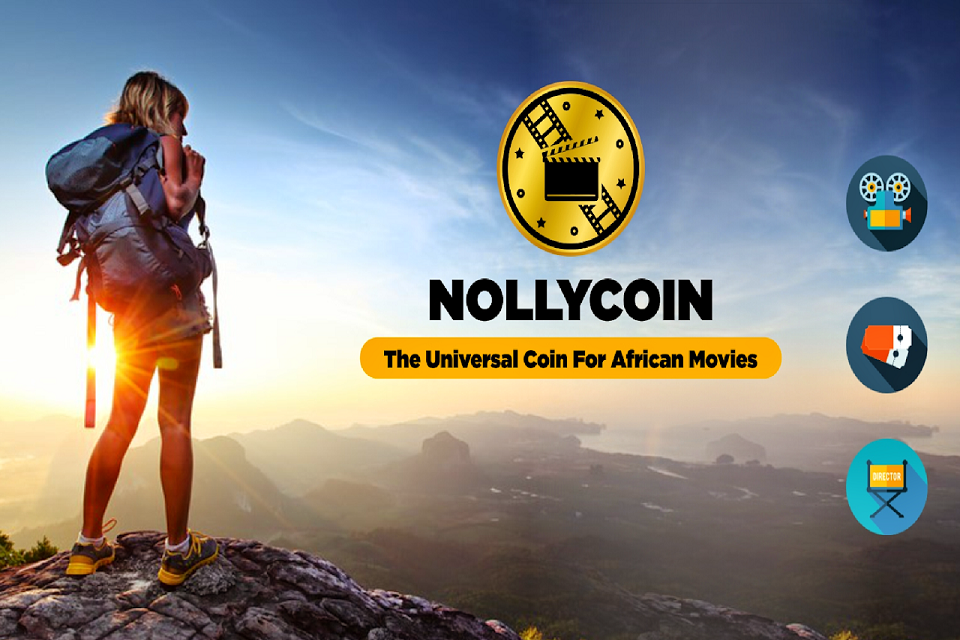 As part of its process of kicking off the Crowdsale of its Nollycoin ICO on April 1, 2018, Nollytainment Company has revealed its plan to Partner With a Silicon Valley, USA Company to introduce NOLLYCLOUD, a revolutionary wireless movie/video download app that does not use internet data or bandwidth! [This is a game changing technology for countries with slow bandwidth or expensive internet service]

The technology, which is at an advanced stage of completion, is already being beta tested. Watch the MVP Demo Video below:

What is Nollycloud And Why Is It A Game Changer For Movie And Video Downloads In Developing Countries?

Nollycloud, one of the products in the Nollytainment’s blockchain powered Movie Distribution ecosystem, is a new technology that allows users download and watch full length movies, including heavy data Videos and Files, from the internet, at lightening speeds (i.e a 2-hour, 2Gig Movie can be downloaded in less than 1 minute!) without the users having to use any part of their internet service data or bandwidth.

Dr Ope Banwo, Founder and CEO Nollytainment Inc on coming back from a successful trip to Silicon Valley USA said: “We are so blessed to be the first company to solve a major problem that has limited the growth and development of the movie industry in developing nations where the cost of internet access is ridiculously expensive and prohibitive for users.

“Many people who have been frustrated from being able to enjoy full length movies or videos on their mobile phones, laptops or desktops can now do so with astounding speed at no cost of internet bandwidth. I honestly can’t overstate the importance of this app to the growth of the movie industry.”

A new dimension in movie and video download, ‘NollyCloud’ will change movie distribution, consumption, accessibility and how films are watched in Africa and other developing countries with erratic, slow and expensive internet access.

Indeed, Nollytainment and their partners believe NollyCloud will eradicate the era of annoyingly slow, expensive and erratic internet services in most developing nations, while allowing video and movie users to download huge data files from the internet to their phones, laptop and desktop devices, with lightning-fast speed, without the use of internet.

Explaining how NollyCloud works, Dr. Banwo said: “to download a full length two-hour movie from the interne, before Nollycloud was created, will typically take anywhere from one hour to three hours, depending on the time of the day and country. The process will also eat up a huge chunk the user’s internet access bandwidth, but with ‘NollyCloud’ it’s totally different. There is no need to use your internet service or give up any part of your internet plan’s allocated bandwidth. Nollycloud uses a new proprietary technology that works like Wifi but on steroids.”

“To make matters worse for internet users, more often than not, because of the erratic and unstable internet service in most parts of the developing nations, the movie or video downloading process is often interrupted before it is fully downloaded. When that happens, the user would lose the bandwidth already used before the download attempt. The user would then have to start all over again by using another two gigabytes of data to download the movie or video. With ‘NollyCloud’, this expensive and frustrating problem has now been solved in a way that is nothing short of amazing.”

With the NollyCloud App, mobile and desktop users no longer need to use any part of their internet service data to download full length movies or access huge videos from the internet. The app completely bypasses regular internet service and the conventional WiFi, as it uses a proprietary download access protocol that is independent of how much data a user has with their internet service. As such, users can download heavy duty data of a two-hour or more movies within one minute or less!

One of the highpoint of the NollyCloud App is that movies downloaded can be severally watched seamlessly from the inbuilt app video player either via phone or desktop without buffering or interruptions associated with other popular video player services.

Presently, the ‘NollyCloud’ is being positioned to be one of the key products in the Nollytainment’s blockchain-powered movie distribution ecosystem, and would be officially available as an exclusive utility for holders of the Nollycoin Cryptocurrency from August 1st, 2018. The Nollycoin ICO crowdsale is currently on at ico.Nollycoin.com from 1st April to 30th April, 2018

Apart from the game changing NollyCloud App, other components of the Nollytainment ecosystem will include:

For more about Nollytainment’s ecosystem and participate in its ongoing crowdfunding campaign visit ico.Nollycoin.com