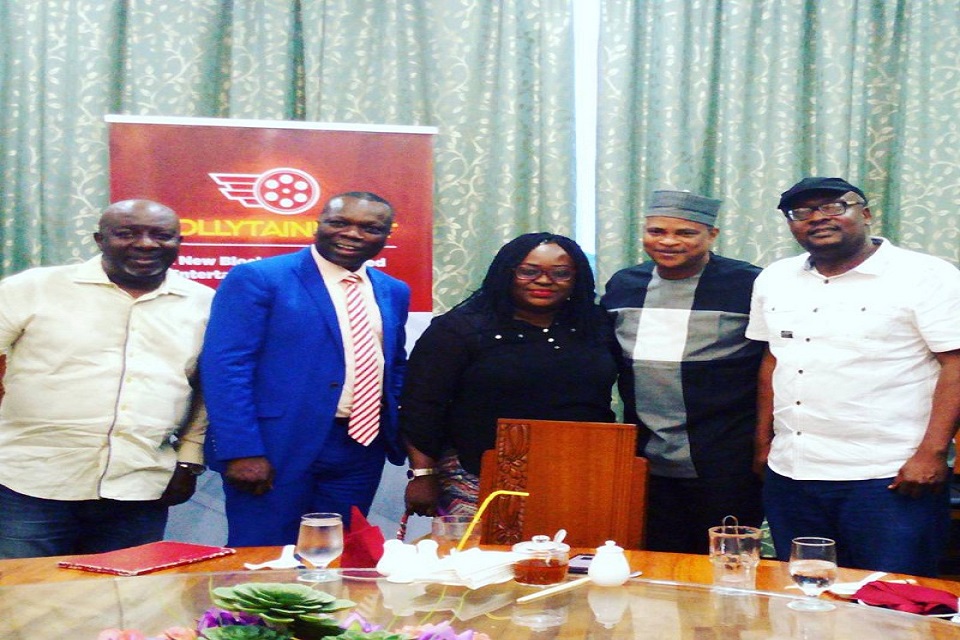 Those who matter in the Nigerian movie industry commonly called Nollywood have thrown their full weight behind the latest innovation spreading in the industry like Harmattan fire.

The new innovation introduced by Ope Banwo-led Nollytainment, Nollycoin, is a peer-to-peer creative works sharing and registry system for the movie industry in the third world countries, particularly Africa.

Nollycoin uses a decentralised blockchain technology to publish, distribute and pay those involved in the movies.

The system has been created to ensure that those who should be paid for being part of movie production (producers, scriptwriters, director etc) get their payment immediately a transaction is completed on the platform.

Aproko247 can confirm that Nollycoin has been endorsed by key stakeholders in the motion picture sector of the Nigerian economy.

The likes of Zeb Ejiro, Charles Novia, Fred Amata, Emem Isong, Tade Ogidan, Daniel Ademinokan and many others have backed the system.

They have been brought into the team to give it more credibility and acceptance.

ALSO READ  I Forgave Wizkid ‘Cos He Begged Profusely—Linda Ikeji

Already, many people in the industry have embraced the system, which they described as laudable.

The promoters of initiative have kicked off the Crowdsale of its Nollycoin ICO. It started on April 1, 2018 and will end on April 30, 2018.

Nollycoin is expected to provide top financial backing for some of the best producers in the Nollywood, provide copyright protection and solve piracy issues, provide universal means of exchange for Nollywood movies.

It would further provide multi-level worldwide distribution to justify financial investment, enable fair compensation for collaborators in creating the movies, and provide access to financing and capital to product qualitative movies.