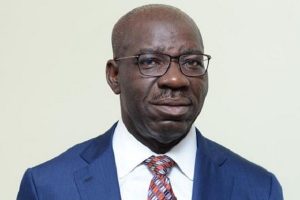 Residents of Edo State now sleep with their two eyes wide open and the fear of being attacked or kidnapped has filled the state.

This is because criminals in the state are having a field day, resulting in the recent attacks, killings and abduction in Benin City, the state capital and other areas.

The reason for this, according to reports, is mainly because some powerful forces have prevented the new Commissioner of Police (CP), Johnson Kokumo, from assuming duties in the state since the transfer of the incumbent CP, Haliru Gwandu.

Johnson Kokumo, who was transferred to the state in July 2017, was before the Commissioner of Police (Armament).

The move to stop him from resuming at his new post has allegedly made criminals to take charge in the state.

Few days ago, Paul Otasowie, a professor at the University of Benin, was murdered by suspected hired killers.

In the wake of the security crisis, Edo State Governor, Godwin Obaseki, has said his administration will not be forced by criminal elements and organised crime to the negotiation table.

He emphasised that the maintenance of law and order in Edo and the liberty of the citizenry “are not for sale.”

He called on Edo people to remain calm but vigilant claiming that despite the palpable insecurity, his government is opening up various sectors of the economy to ensure that jobs are available to both the skilled, semi-skilled and even the unskilled.

“We are also building vocational and technical training institutions where these people will be directed and trained for free in order to reintegrate them into the society where people live off the fruit of their daily labour in legitimate enterprises,” he said.

According to reports, some top criminals in the state are behind this move to make the state ungovernable for the Governor.

Since Obaseki came into power, he has made the state uncomfortable for criminals and the latest move is to frustrate his government.

Though some are alleging that the recent upsurge of crimes is masterminded by the leadership of the police command, we do not subscribe to this as it is totally unimaginable, considering the calibre of the present Inspector General of Police, Ibrahim Idris, who has zero tolerance for corruption.

However, the Governor has reportedly made efforts to ensure that the new police commissioner, Kokumo, assumes duty.