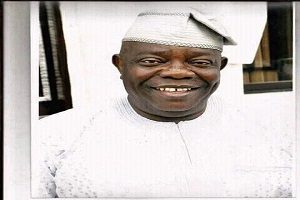 An illustrious Awori son and hard working Ogun State Commissioner for Local Government and Chieftaincy Affairs, Chief Jide Ojuko has emerged as one of the top ten commissioners of distinction in South West, Nigeria.

Chief Jide Ojuko’s emergence as one of the leading politicians in the South West was put together by one of Nigeria’s respectable national newspaper, The Nation.

This award is one of the numerous garnered recently as a result of his meticulous and numerous contributions to development of his community, State and country.

Chief Ojuko who is also a key player in the re-building mission of Ogun State led by Senator Ibikunle Amosun told reporters that he was ‘humbled with the award’.