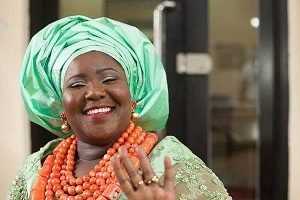 The Acting Managing Director/Chief Executive Officer, Niger Delta Development Commission, NDDC, Mrs Ibim Semenitari, has debunked claims made by the Rivers State Governor, Nyesom Wike, that the Commission was not involved in the recovery of dilapidated road infrastructure in Etche local government of the state.

Semenitari stressed that not only was Mr. Wike playing to the gallery, but was hiding the fact of his failure to tackle the bigger challenge of insecurity plaguing Rivers State.

Semenitari, who was reacting to Wike’s claims on Thursday that NDDC had claimed undertaking the construction of the Igwuruta-Chokocho-Okehia road, said the governor should emulate the Cross River State Governor who commended NDDC for its intervention on the Calabar-Itu Road.

“As an interventionist agency, NDDC stepped in to recover the roads between Igwuruta and Umuechem, as well internal roads in that community, and the Oil Mill-Igbo-Etche-Chokocho road, which is a critical connection between the bigger Port Harcourt market and the produce spots in Etche. NDDC, working under the directives of President Muhammadu Buhari, GCFR, stepped in to arrest the deterioration in road infrastructure in Etche as to eventually boost economic activity in the area and give its inhabitants a lease of life. Checks can be made on those roads as to the veracity of NDDC’s scope and quality of intervention.”

Semenitari further stated that NDDC would drive those projects to completion despite Wike’s attempts to possibly stall them.

“The facts which Wike sought to turn head-down, are clear. NDDC is working on the Igwuruta-Umuechem, Umuechem internal roads, and the Oil Mill-Igbo-Etche-Chokocho road. Wike is not happy that the Federal Government through the Commission is giving Etche people such critical intervention, and so, would prefer where the roads’ users continued in their suffering.”

Semenitari added: “We are miffed that Wike is yet to come to terms with the severe challenges ravaging the state. Surprisingly, rather than commit himself to true governance, Wike, like that proverbial Emperor who watched while his empire burnt, plays politics with the welfare of Rivers people. We thought that the degenerating insecurity in the state should cause Mr. Wike sleepless nights until there was solution. Unfortunately, Wike chooses to engage in speech-making as though there was a speech contest.

ALSO READ  2019 Poll: No Crack In Our Party—Rivers APC

“While we do not intend to engage the governor in any speech contest, NDDC will not be deterred in pursuing the overall development of every segment of the Niger Delta region. That is the mission and mandate of the Commission” the NDDC boss averred.