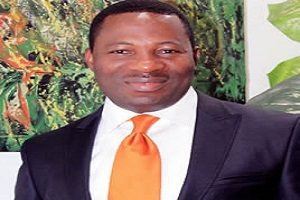 An appeal has been made to the Federal Government to immediately disband the Prof. Mahmood Yakubu-led Independent National Electoral Commission, INEC.

This call was made by the Rivers State Commissioner for Information and Communication, Austin Tam-George, via a statement issued shortly after the cancellation of the rerun election scheduled for July 30.

Tam-George noted that the state government and the people of the state were shocked by the alleged collusion between INEC and the All Progressives Congress, APC, to prevent the election from taking place.

According to him, the incompetence of INEC and the open partisanship of the electoral body was denying the state full representation in the National Assembly.

“It is completely unacceptable that Rivers State would continue to be denied full representation in the National Assembly due to the incompetence and malpractices orchestrated by INEC.

ALSO READ  Over 4000 PDP Members Defect To APC In Sokoto

“We call on the presidency and the National Assembly to act urgently in the national interest to disband INEC as presently constituted, for its incompetence and open partisanship.

“We call on the international community to initiate and maintain diplomatic pressure on the federal government, which continues to frustrate the independence of INEC, and the evolution of democratic diversity in Nigeria.

“The people of Rivers state will continue to resist and defeat the medieval authoritarianism of the APC,” the Commissioner said in the statement.

He praised the Rivers State governor, Nyesom Wike, for his courageous insistence that only free and fair elections would be acceptable to the people of Rivers State.