You Are Here: Home → 2019 → November → 5 → UBA Commits To Creating Superior Value For Customers 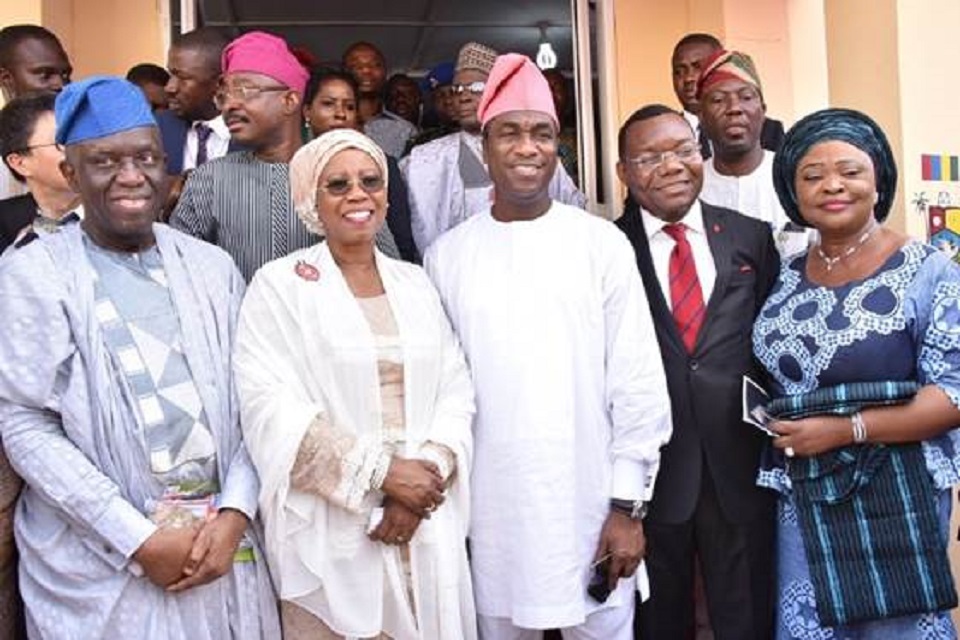 Pan African financial institution, United Bank for Africa (UBA) have announced that it is committed to continued investment in cutting edge technology for efficient and improved service delivery to its customers and by extension the business community.

The Chief Executive Officer, UBA Africa, Victor Osadolor, made the disclosure during a well-attended flag off ceremony of the 2019 Lagos International Trade Fair (LITF), in which UBA is the headline sponsor.

The event, which held at the Tafawa Balewa Square, had in attendance distinguished guests, including the Deputy Governor, of Lagos State, Mr. Obafemi Hamzat; President, Lagos Chamber of Commerce and Industry, Babatunde Paul Ruwase; Minister of State for Industry, Trade and Investment, Hajia Mariam Katagum; Commissioner for Commerce, Industry and Cooperatives, Lagos State, Lola Akande amongst others, Special Adviser to Lagos State Governor on Commerce, Industry, and cooperatives, Ajayi Oladele, among others.

Osadolor used the occasion to launch another first of its kind in Nigeria’s financial sector, from UBA, called  self-printing debit card machine, targeted at encouraging increased use of debit cards which also offers more options to pay.

The new self-printing debit card machine will allow for seamless business transactions with great value to customers and businesses.

He stated that that there is no gain saying that the world is tilting into a knowledge-based economy, adding that businesses that would survive in the 21st century must invest in technology to remain competitive.

He also commended the federal government’s efforts at improving the nation’s investment climate, saying this is the reason the country is currently ranked fifteen places upwards in the global ease of doing business index.

He also added that the bank would continue to support initiatives aimed at boosting trade in the country.

On delivery of its brand promise, he said, “We are creating superior value for all our customers, because we believe they are key to our everyday operations.”

According to Osadolor, UBA also keys into government intervention funds to expand access to credit facilities at competitive interest rates, while providing services such as advisory and technological infrastructure that help to reduce the cost of doing business.

“Most of our customers have enjoyed free advisory services that have helped them navigate the very difficult business terrain. We also have businesses, latching on to our technological assets to improve their services as well as foster growth”

Osadolor restated UBA’s commitment to continue investing heavily in technology to remain a pillar to millions of businesses that have not only chosen to bank with UBA,  but have also partnered the bank for growth.

“We are consistently supporting our SMES. We have a huge amount of funds allocated to SMEs. UBA is committed to supporting entrepreneurship. We are the major promoter of the Fair. The new self-printing debit card machine will go along way in allowing for seamless business transactions with attendant value to businesses.

He stated that: “At UBA, we are committed to being role models for African businesses by creating superior value for all the stakeholders. Therefore, we have over the years recorded increased growth”.

“We shall leave no stone unturned to ensure that Lagos State truly becomes a 21st century economy which actively supports the growth of the local economy through improved ease of doing business initiatives, innovative incentives and interventions as well as quality service delivery to a well-motivated public,” he said.

On his part, the President of LCCI, Mr. Babatunde Ruwase said the theme of this year’s fair underscores the importance of a robust business interaction to generate wealth and create value for the advancement of the Nigerian economy and the welfare of the citizens.

ALSO READ  Olubadan Passes On At 101

Ruwase said, “Creating a platform to promote trade and bilateral relations is of utmost importance to the LCCI.

“In UBA, we have chosen a suitable partner with extensive reach on the continent with capacity to engineer a seamless financial transaction required for an international trade fair of this magnitude,” he said.

Speaking further on the partnership with UBA, he said: “The LCCI and UBA have partnered to give exciting services to visitors and exhibitors at the fair.

UBA is a foremost Pan African financial institution operating in 20 African countries, including the United Kingdom, the USA and France, thus offering unique services to the delight of visitors and exhibitors during the fair. This tells you that, we are more than committed to ensuring the business environment is beneficial for all investors.

“As a policy advocacy group, our programmes and activities are geared towards facilitating the realisation of the economic and social objectives of the government and making Nigeria an attractive destination for investment.

“Our economic and investment policies must be friendly to make Nigeria a major investment hub in Africa.”

He said Nigeria needs the right policies as well as a strong commitment to infrastructure development that will help revive investors’ confidence in its economy.