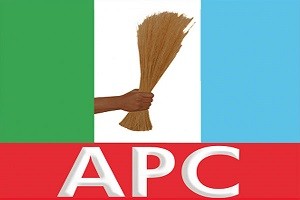 The All Progressives Congress, APC, had disclosed that about 2873 delegates will elect the party’s candidate for the governorship election slated for 2016.

This was made known by the National Organising Secretary of the APC, Senator Osita Izunaso on Thursday at the Party’s National Secretariat in Abuja.

The party’s primaries will take place on June 18, 2016 in the Edo State capital, Benin City.

The three-member Election Appeal Committee is chaired by Opeyemi Bamidele, a former member of the House of Representatives. Other members are: Mustapha Salisu and Mrs Ekwy Onyido.

Masari: “On behalf of members of my committee, I want to assure you that we will follow the guidelines given to us by the party. I want to also assure you that we will do our best and produce the best and we hope that there will be no work for the Appeals Committee. We are going to do a thorough job. I also want to use this opportunity to assure that we will do Justice to all. We have no preferred candidate, we have no friends and what we will be doing in Edo, we will be doing for APC, for Nigeria and for the Edo people.

“What is most important is that we have gone through this process. I have a bitter experience of this process and I know how a party can lose election through an unfair and unjust primaries. It has happened in my state and in so many states. This is a very critical and important assignment considering the number of candidates and the strength of our party and that of the opposition in the state. That will make us do what is right for the people of Edo state and for APC as a political party. I am assuring you that what will come out of this exercise will be a result that can stand in any court of law because you cannot rule out the possibility of somebody going on appeal.

“What is critical is peace and the cooperation of the contestants. They are 12 and they need each other. Either win or lose, they still need each other. This is a very important and critical work and I am assuring the party that we are going to do the best to ensure Justice and fairness to all the contestants. I also thank the party for considering us to undertake this assignment… we assure the party that we will not fail.”

Also speaking at the inauguration, Chairman of the Appeal Committee, Opeyemi Bamidele expressed confidence that there will be no reason for appeal after the Primaries.

“I want to thank the leadership of our party for the opportunity to also add value in our own little way. The constitution of our country is very clear and in cases that has been decided by Election Petition Tribunals, the Court of Appeal and the Supreme Court is very clear that before any aspirant can come to court, you must not only explore, but must have exhausted the internal mechanism available within the party of trying to protest or complain before coming to the court room. It is in that regard that we see the assignment given to us by the party as a very sensitive one.

“It was a delight listening to the Chairman of the Election Committee. As he has promised, I have no doubt that if anything goes well, that will also make our own lives easier. We hope there will be reason for anyone to come to appeal, but it is easier we assume. What is more important is not the complaint but if the process of selecting the candidate is transparent, if will be easier to manage.”

All candidates were successfully screened by the Hon. Chibudum Nwuche-led seven-member Committee.