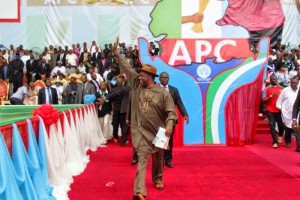 ….Urges urgent probe of murders, intimidation of witnesses
The All Progressives Congress, APC, in Rivers State has cried out to President Muhammadu Buhari, appealing to him to urgently institute a probe into murders in the State associated with the 2015 polls as well as the alleged intimidation of the party’s witnesses at the State Governorship Election Petition Tribunal.

Rivers APC unburdened its mind via a statement issued on Sunday in Port Harcourt by the State Chairman, Davies Ibiamu Ikanya.

“We wish to lend our voice to the petition recently sent to our dear President and the security agencies by the Greater Together (New Media) Organization titled, ‘The Case Of 97 Murdered Citizens In Rivers State: A Call For Justice And Protection Of The Lives Of Our Tribunal Witnesses’.

“That petition captured the threat and present insecurity in Rivers State and the lukewarm attitude of impostor governor, Chief Nyesom Wike, over this sad situation.

“It is a cause for concern that in spite local and international condemnations that followed the violence-ridden elections in Rivers State held on 28th March and 11th April, the security agencies are not known to have investigated, arrested or prosecuted anyone for the murder and arson unleashed on innocent Nigerians, whose only offence was to belong to and support a political party of their choice, as enshrined in the Nigerian constitution,” Rivers APC said.

ALSO READ  Why I Dumped PDP For APC--Ondo Deputy Governor

The party recalled that the immediate past Governor of the State, Rotimi Amaechi, yielded to the people’s cry for justice by constituting the Professor Chidi Odinkalu Commission of Inquiry into the heinous crimes committed before, during and after the elections.

“However, on assumption of office, Wike procured a court judgment barring the constituted Chidi Odinkalu Commission of Inquiry. This desperate action by Wike and the Peoples Democratic Party (PDP) denied the people justice.

“Nevertheless, the Prof. Chidi Odinkalu Commission had earlier unraveled 97 cases of murder, 278 incidents of persons with bodily harms, 83 cases of total destruction of properties etc. This was gathered from the recorded testimonies of about 43 witnesses with written petitions, indicting Chief Nyesom Wike and his associates,” Rivers APC said.

The party lamented that months after the inauguration of his administration, Wike has carried on as if nothing happened.

“His Government has not made any effort at bringing the perpetrators of these horrid crimes to book, perhaps because of the alleged involvement of his core supporters in those cold-blooded murders.

“In the light of the above, we are very disturbed by the persistent threats to the lives of our witnesses. Photos of the APC witnesses were posted on Facebook by a group known as The Youth Coalition For Good Governance.

“They held a demonstration and tagged our witnesses with all sorts of unprintable names and accused them of being saboteurs. Today, these men live in hiding and can no longer do their businesses freely to maintain their families,” the party said.

It passionately appealed to President Buhari to hasten to make good his promise to Rivers people on 13th May, 2015, when he vowed to revisit the issue, vowing: “We will confront them with facts and figures. We will not forgive and we will not forget those who perpetrated killings and arson in Rivers State during the elections.”

Rivers APC demanded that the Prof. Chidi Odinkalu Commission of Inquiry report be revisited urgently, while also calling on all security agencies to take necessary preventive measures so as to guarantee the safety of the witnesses testifying at the various Election Petition Tribunals.