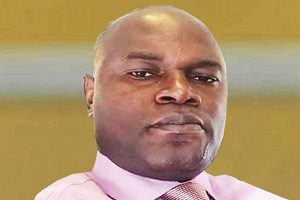 The All Progressives Congress, APC, in Rivers State has blamed Governor Nyesom Wike and the state chapter of the Peoples Democratic Party, PDP, for the murder, on Monday in Port Harcourt, of activist lawyer Ken Atsuete, a strong opposition voice in the state.

“Governor Wike and his PDP gang of vampires in Rivers State have once again exhibited the only act of governance known to them by plotting the assassination of Barrister Ken Atsuete, a well-known fiery critic of Wike’s evil administration and defender of Rivers State APC,” the party lamented Tuesday morning in a statement signed by the State Chairman, Dr. Davies Ibiamu Ikanya.

Rivers APC said in the statement: “Barr. Atsuete, a renowned human rights activist who was one of the speakers at the just concluded conference of the Nigerian Bar Association held in Port Harcourt, must have been assassinated principally for his stoic stand against the evil administration of Wike in Rivers State.

“The other reason why Barr. Atsuete was killed was for his several petitions to the Inspector General of Police and to the Chief Justice of the Federation against the Chief Judge of Rivers State for being partisan by remanding his client Ojukaye Flag Amachree unjustly and wickedly.

“The other fact that may have triggered the killing of this harmless man was his live interview on Nigeria Info 92.3FM radio station, in which he revealed that Wike and his myopic and misguided legal team procured a fake court order on the release of Tai election result to deceive themselves and the general public.”

Rivers APC observed that “Wike right from the beginning has had serious phobia for the person of Barr. Atsuete’s client, the former Chairman of Asari-Toru Local Government Area, Ojukaye Flag Amachree, the prisoner of war in the hands of Wike and his misguided government whom Wike and his PDP are afraid that if he is released before the rerun elections, PDP will fail woefully based on his popularity among the youths in Rivers State. Their belief is that in order to keep him off the field, Barr. Atsuete had to die.”

The party further said: “We have shouted ourselves hoarse that Wike is a bad omen for the Nigerian politics and that his forceful seizure of power is a bad omen for Rivers State since he is not interested in the peace and progress of the state and her people. We are aware that Wike and PDP are not interested in any peaceful election in Rivers State, hence they are doing everything within their powers to frustrate the peace in the state so as to ensure that the rerun elections never hold.”

Rivers APC lamented that over 200 of its members have been killed in less than two years by Wike and his misguided PDP in Rivers State, noting that “the strategy has changed, with the targets now being those defending the APC in Rivers State, after which the leaders of APC will be the next group to be destroyed by these vagabonds in power.”

It recalled that Wike at that peace meeting promised that there would no longer be any political killings in Rivers State. “We will like to know from him how and why the harmless Atsuete was killed after this pledge,” Rivers APC said, adding: “He has at several fora recently stated that Rivers State under his watch is very safe, yet Rivers State people are kidnapped and killed on daily basis nobody seems to care.”

Turning its attention to the Federal authorities, the party said, “We wish to remind President Buahri what he said on May 14, 2015 when a delegation from Rivers State led by former Deputy Governor of the state, Sir Gabriel Toby visited him where he assured the Rivers State people that his government will fish out and prosecute all those behind electoral violence and more than a year later, the political killings are getting worse in Rivers State. Wike and PDP killed to get power, now they are killing to retain it.

Mr, President during this meeting stated, “We will confront them with facts and figures. We will not forgive and forget those who perpetrated killings and arson in Rivers State during the elections. At least, this is the much we owe to Nigerians. There will not be an army within the army or a police within the police,” and today, Wike and PDP have become law to themselves.

“We will like to know what crime we have committed to leave us at the mercy of Wike and his gang of killers. How many of our people need to be killed before Rivers State is secured from the hands of this killer government operating in Rivers State?” It lamented that “nobody is safe anymore in Wike’s Rivers of blood as he recently granted amnesty to hardened criminals and granted them freedom to move freely without recovering their arms and ammunition to enable them ensure that Rivers State will never know peace. To sustain his war against Rivers people he has brought back the creek boys who were used to rig and maim Rivers people during the ill-fated 2015 elections to the streets to continue with their killing spree.”

Rivers APC declared that “Ken Atsuete’s lifeless body is currently lying at the University of Port Harcourt Teaching Hospital mortuary but the conscience of Wike and his gang will never have rest as his blood and all those so far murdered will never give them any respite in their miserable lives.”

The party once again urged President Muhammadu Buhari to fulfill his pledge that those behind the senseless killings in Rivers State will never go free but would be fished out and made to account for their atrocities.