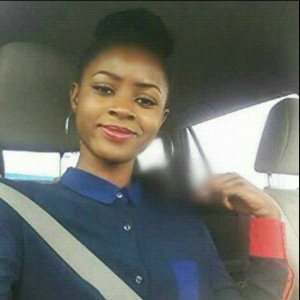 Tragedy was let loose on Tuesday evening at the University of Lagos, UNILAG, Akoka, when a female student was electrocuted by a high tension cable.

It was said that the victim, identified as Oluchi Anekwe, a 300 level first class student of Accounting, was returning from her boyfriend’s place when the incident occurred.

According to an eyewitness account, late Oluchi was confirmed dead at the hospital, where she was rushed to by sympathisers.

“While Oluchi was walking with her boyfriend, there was a change of weather. This was followed by a strong wind, which shook the high tension pole that fell on her and electrocuted her. Her boyfriend stood motionless in shock,” an eyewitness disclosed.

ALSO READ  How To Pack Light When Travelling With Kids

Meanwhile, the SUG of UNILAG has reacted to the incident.

In a statement issued its President and Speaker, Comrade Abiodun Martins and Rt. Jawosimi Olusegun respectively, the union expressed regrets over the unfortunate incident.

“Oluchi, till her death, was a first class student, and a very active student in class.

“Our condolence goes to her families, relatives and friends. We pray that God will grant them the fortitude to bear the loss,” the statement said.

It was added in the statement that, “The event that led to her death is in its entirety avoidable. We hereby call on all concerned authorities to swing into action so as to prevent future occurrence.”

“In this regard, we hereby declare that all academic and social activities of the school and of the students’ are hereby suspended for today and no unnecessary sound around the campus in honour of the lost soul.

The entire University of Lagos Students loved her, but God in His wisdom saw fit to embrace her.

We shall surely miss her. Oluchi, GOODNIGHT,” said the statement.