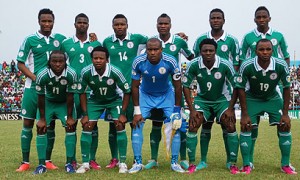 The Eagles’ goalkeeper, Carl Ikeme, made several saves in his debut during the match to ensure Nigeria run away with a point in the match.

Few chances created by the Eagles were not utilised as the Taifa Stars controlled most parts of the game. They also missed several chances that could have put them ahead in the match.

Tanzania lost its first game against Egypt by 3-0, while Nigeria won its first match against Chad by 2-0. Nigeria now has four points in two games, while Tanzania has one.