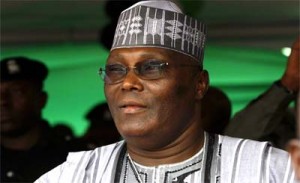 Former Nigeria’s Vice-President, Atiku Abubakar, has welcomed the announcement of a ceasefire between the Federal Government and the Boko Haram Islamic sect. News of the agreement was widely reported in the Nigerian media, including Aproko247, though a known contact with the group, Ahmad Salkida, doubted the credibility of the development.

Atiku took to his Twitter page on Friday to throw his weight behind the decision of the Nigerian government to reach a pact with the terrorists group.

He said since it was in the interest of peace and the safe return of the abducted schoolgirls in Chibok, Borno State, he was behind the move.

“I have been informed of the announcement of a ceasefire between the Federal Government and Boko Haram insurgents. This news is welcome,” the Adamawa State-born politician tweeted on Friday.

“It is also welcome that an agreement for the release of the Chibok girls has also been announced,” added Atiku.

Continuing, the former Customs officer declared that he would be “cautiously monitoring these developments”, noting that he “will continue to pray that the agreements hold, so our daughters can return home.”

He concluded that, “We also must work and pray for peace to return to our communities.”