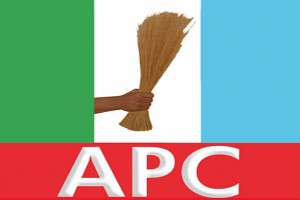 First of all, I will like to the set the record straight before I start. I am a solid supporter of the All Progressive Congress’ movement. I support anything that will help kill power monopoly in Nigerian politics. We need vibrant and healthy competition in our political system. I am writing this article to point out loopholes in what many believe is the solution to Nigeria’s myriad of problems.

The truth is, APC has started showing what I will call “success withdraw symptoms”. It is beginning to look like the leaders of the party have lost focus even before the march started. Here are the reasons I feel that if something is not done now, APC will fail like PDP:

When APC rolled out its vision for the merger, they didn’t want to merge with PDP, they said PDP is the evil weed that must be uprooted, they said PDP is a corrupt party and thus the problem with Nigeria. A party is made by its members so when you woo a lady from the family of the ones you call the outcasts then you need a Shrink! Most of the people who jumped ship from PDP have questionable characters! APC is the only party in the world that has successfully shown that a sinful politician can become a saint by just dropping the Umbrella and picking up a bunch of brooms! My fear is, APC might become another PDP hiding under another name!

As far as I am concerned, APC leaders have not been able to table a clear cut idea list that is completely different from the old promises Politicians deceive us with in Nigeria. They have remained the opposition by hauling insults and threats at the gate of Aso Rock! The men who now parade themselves as the new Gladiators of democracy because APC gave them membership cards still have the PDP virus and will destroy APC’s white blood cell!

Believe it or not, the evil day is coming! There are too many strong men in one ship. How can a former Head of State, GM Buhari, become an “o yes member” in a party a former Governor calls the shots? How can a former Vice President, Atiku, succumb to the will of Lagos’ former Governor? Power tussle is imminent and when that war comes, it might shatter the foundation of this beautiful party. If APC presents any of these three political power brokers, Buhari, Atiku or Tinubu, they have not done something new! It will be very lovely to see a fresh, young and intelligent guy as APC’s presidential candidate. That is being progressive!

Forget the amalgamation of political parties’ achievements, APC as a party has not been put to test. They have no idea of what being the ruling party in 21st century Nigeria is like. An impotent man can’t tell a sexually potent man that fornication is a sin because he has never had sex urge in his life! He might be worst if he is potent.

In summary, APC is fast becoming the group of same old bad fellows who have adopted Abacha’s script of dropping the military uniform and wearing the Kaftan as the democratic president. Truth is, no matter what, Abacha is Abacha!

Paschal Oge Chikero, is the author of Festus Keyamo’s biography, ‘Lion In Isolation’. He is a media consultant and also the founder and lead writer of Chikero Online. Follow him on Twitter: @paschalchikero.